Djokovic and longtime girlfriend Jelena Ristic are due to wed in the luxurious Adriatic resort of Sveti Stefan on Wednesday in a closed ceremony, local media reported. 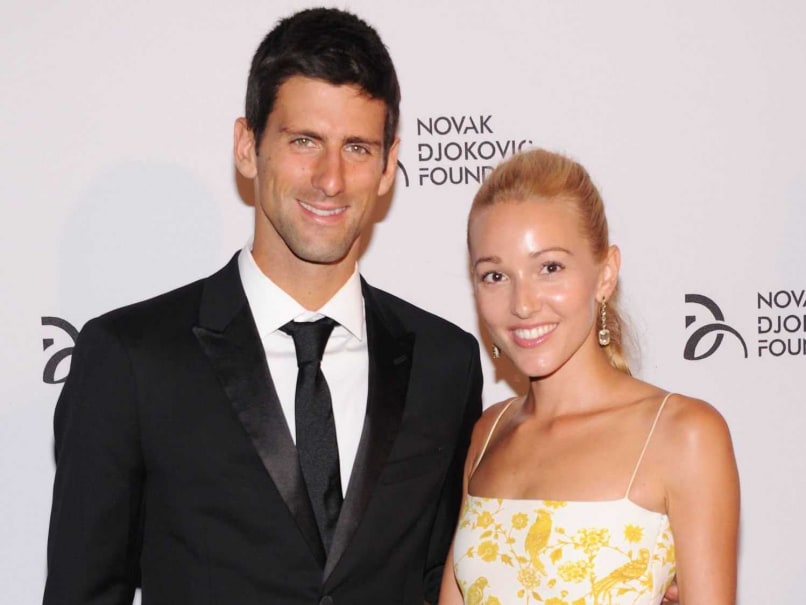 After winning his second Wimbledon title, world number one Novak Djokovic was expected in the tiny Adriatic republic of Montenegro on Tuesday where he will tie the knot.

Djokovic and longtime girlfriend Jelena Ristic are due to wed in the luxurious Adriatic resort of Sveti Stefan on Wednesday in a closed ceremony, local media reported.

Djokovic family spokesperson said only that a statement would be sent to the media, without revealing any details.

The couple, who are expecting their first child later this year, reportedly wanted to have a private ceremony only with the closest friends and family present.

Reporters at the scene said Sveti Stefan, as well as the nearby upmarket Kraljicina beach -- where the wedding banquet would be held -- were closed off for public by discreet but efficient security, to prevent possible intruders or paparazzi.

Belgrade daily Blic reported that employees at the Sveti Stefan resort have signed a written pledge not to disclose any details relating to the wedding.

They are also forbidden from bringing any cameras or mobile phones to the islet, connected with the mainland by a stony strip which gives it the impression of being a peninsula.

Montenegrin media reported that Djokovic's coaches Boris Becker and Marjan Vajda, as well as several tennis players -- among them Maria Sharapova and Andy Murray -- would attend the wedding.

Djokovic, 27, who dedicated his Wimbledon title to his future wife and a child, said he would "now close a tennis chapter for a while."

"A lot of great moments are ahead of me: marriage, becoming a father in a few months... I am going to enjoy spending time with my family and my future wife," Djokovic told reporters.

The rocky islet of Sveti Stefan, which lies on 12,400 square meters (133,000 square feet), is one of the most luxurious resorts on the Adriatic coast.

A fortified village built in the 15th century to defend the mainland from a possible intrusion by Turkish soldiers, it became a fishermen's islet after the fall of the Ottoman empire.

In post-World War II communist Yugoslavia, the villagers were moved to the mainland and the islet became an exclusive resort for celebrity guests of then Yugoslav leader Josip Broz Tito.

Many international film stars, among them Elizabeth Taylor, Richard Barton, Orson Welles and Kirk Douglas, frequented the resort in the 1960s and 1970s.

It came under the world spotlight again with the 1992 match between former World Chess Champions Bobby Fischer and Boris Spassky, the first appearance by the seclusive US player after two decades.

Fischer, who won the match over the Russian master and his main rival, defied the US and international sanctions imposed on then Yugoslavia for its role in the 1990s Balkan wars.

The resort is now managed by international chain Aman Resorts.

Comments
Topics mentioned in this article
India Cricket Team Cricket Novak Djokovic Tennis
Get the latest updates on ICC Women's Cricket World Cup 2022 and IPL 2022, check out the Schedule , Live Score and IPL Points Table. Like us on Facebook or follow us on Twitter for more sports updates. You can also download the NDTV Cricket app for Android or iOS.