A Defeat. Retirement. Then a Win. All in a Day.

Moments after Raymond and Madison Keys lost, 2-6, 4-6, to Laura Robson and Kirsten Flipkens on Thursday in the first round of the women's doubles tournament at the U.S. Open, Raymond said she was done playing tennis. Her career on the court was over - or so she thought - and her career as an assistant coach with Keys' team was about to begin in earnest. 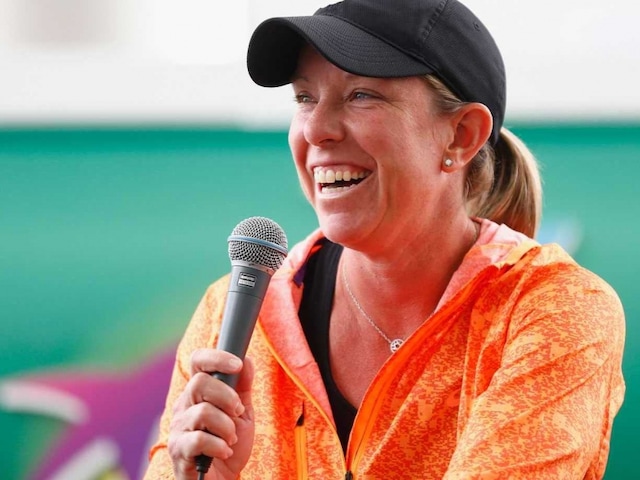 The last point of Lisa Raymond's career seemed as if it might go on forever. The ball went back and forth over the net on Court 6, allowing Raymond numerous chances to hit a final forehand, a last backhand or a farewell volley.

"It seemed like it was never going to end," Raymond said.

Moments after Raymond and Madison Keys lost, 2-6, 4-6, to Laura Robson and Kirsten Flipkens on Thursday in the first round of the women's doubles tournament at the U.S. Open, Raymond said she was done playing tennis. Her career on the court was over - or so she thought - and her career as an assistant coach with Keys' team was about to begin in earnest.

When the final ball went long, Raymond hugged Keys and her opponents, and retired to her chair for a moment of emotional reflection.

The sentiment grew stronger and the tears rolled as she walked off the court and into the locker room, where the other players greeted her with hugs and worthy commendations on an illustrious career.

"I'm an emotional person to begin with," she said in the players' garden, fighting back tears. "But I lost it more than a few times. It was really touching all the girls coming up and saying nice things to me. It really meant a lot."

But moments later, a WTA representative approached Raymond, 42, and told her that her career was not over after all.

Sara Errani and Fabio Fognini had dropped out of the mixed doubles draw. Raymond and Jamie Murray were alternates and were being called on to play. She quickly wiped the tears away and set out to find Murray and return to the courts in about three hours.

"It has been an odd couple of hours," Raymond said sheepishly at about 6 p.m. "You saw me and how emotional I was. I had totally put everything behind me. But I had to be a professional, and I owe it to Jamie."

Soon enough, whether in the next round or when she raises a mixed doubles trophy, Raymond's career will indeed come to an end, though not quite as soon as she thought.

But when it does, her focus will turn to Keys, the 20-year-old with great ambitions.

"I am so ready for this," Raymond said at about 1 p.m., after the first match.

Raymond, who has won 11 major doubles titles, including five Opens, began playing professionally in May 1993 - two years before Keys was born. Eventually, she became one of the great doubles players, with a No. 1 ranking to prove it.

But in recent years, the grind of the tour and her inability to find the right partner made it less enjoyable. New joy came from coaching Keys, and in the last few months, Raymond began a transition from player to player-coach, working with Lindsay Davenport and her husband, Jonathan Leach, as part of Keys' coaching team.

Raymond and Keys played doubles together in four tournaments. But it was more about the opportunity for up-close coaching than it was about the doubles. The next step, which is coming soon enough, will be to work exclusively as one of Keys' coaches.

"It was time," Raymond said after her first match. "I just grew tired of all the travel and everything, and it just wasn't fun anymore. When I started working with Madison and Lindsay and Jon, and it was fun again. It became so clear for me at that point."

Keys first began working with Davenport and her husband last fall, and in January, Davenport asked Raymond to step in when she and her husband were unable to travel. Keys has made great progress this year, including an appearance in the Wimbledon quarterfinals.

Raymond met Keys in 2009 when Keys was a 14-year-old teammate on the Philadelphia Freedoms of World TeamTennis.

"I thought at the time she was the real deal," Raymond said. "Right now, with Lindsay and Jon, she has the right people around her.

The loss by Keys and Raymond would allow Keys to concentrate exclusively on her singles campaign. An idea like that illustrates Raymond's transition from player to player-coach, and finally to just coach.

"I've been selfish for 22 years, focusing on my own career," Raymond said. "Now it's time to start thinking about someone else."

Well, it was almost time.

Â© 2015, The New York Times News Service
Comments
Topics mentioned in this article
Lisa Raymond Madison Keys Tennis
Get the latest Cricket news, check out the India cricket schedule, Cricket live score . Like us on Facebook or follow us on Twitter for more sports updates. You can also download the NDTV Cricket app for Android or iOS.