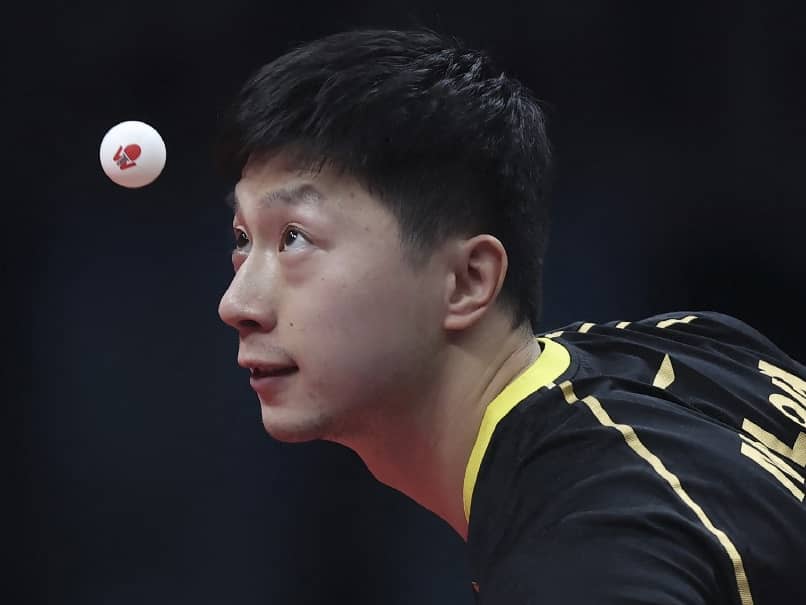 China have won 28 of 32 table tennis gold medals awarded at the Olympics, but their supremacy could face its biggest test yet in Tokyo this summer. Few countries have dominated a sport quite like China has in table tennis -- winning every gold for the last three Games -- but one state media outlet has broken ranks to warn of a "crisis". Home advantage for fierce rivals Japan, inconsistent form among China's top players and uncertainty caused by the coronavirus pandemic suggest the world's most populous country might not have it all their own way when the delayed Tokyo 2020 Olympics start in just over two months.

Alarm bells rang earlier this month when what was billed as an Olympic simulation among China's players threw up some shock results.

There was also an upset in the mixed doubles, which will make its Olympic debut in Tokyo.

State-run China News Service was unusually fierce in its appraisal, calling it "a wake-up call" and a "not-so-small crisis".

"The form of the main players is so up and down, can it be readjusted before the Olympics?" asked the news agency, warning about the threat from the Japanese team.

Mima Ito, the women's world number two from Japan, has been identified by Chinese media as the prime threat to another clean sweep in Tokyo.

There is also Japan's 17-year-old prodigy Tomokazu Harimoto -- whose parents are Chinese -- in the men's singles.

Peng You, editor-in-chief of the online magazine Ping Pong, dismissed talk of a crisis.

Other pundits framed the surprising recent results as healthy competition, and proof of China's remarkable depth of talent.

"If problems are exposed at Tokyo instead of at this simulation, that would be the worst thing," said Chinese Table Tennis Association president Liu Guoliang.

Peng said that the biggest problem for the Chinese players was the expectations of fans. For some, anything but all five gold medals in Tokyo will be failure.

"Most fans or so-called fans only pay attention to the result and don't know much about the details or the inside story," he said.

"Our past excellent results conceal many existing problems. Everyone thinks that the Chinese team is invincible... this is not the case."

With a strong Japanese team enjoying home advantage, Peng believes that "the threat is unprecedented" since table tennis became a full Olympic sport in 1988.

Aside from China, the only other countries to win Olympic table tennis titles are South Korea (three times) and Sweden (once).

China this week named their six-member team for Tokyo and the announcement made waves after world champion Liu Shiwen was controversially left out of the women's singles line-up.

Instead the 30-year-old, who has suffered with injuries, will play team events and mixed doubles.

A hashtag related to Liu racked up at least 370 million views on the Twitter-like Weibo, underlining the intense interest in the team.

Peng says China will probably again win all five golds in Tokyo, but he will not be disappointed if they don't.

"I personally believe that for table tennis on a global scale, this is a good thing (not winning everything)," Peng said.

"That would be more conducive to the promotion and development of the game.

"Because if it's not only China, the sport will have more charm."

The Tokyo Games, which were postponed from last summer because of the pandemic, are scheduled to begin on July 23.