Swimming World Championships Postponed From 2021 To 2022

The 2021 swimming world championships, scheduled to be held in Fukuoka, Japan have been pushed back until May 2022 following the postponement of the Olympic Games. 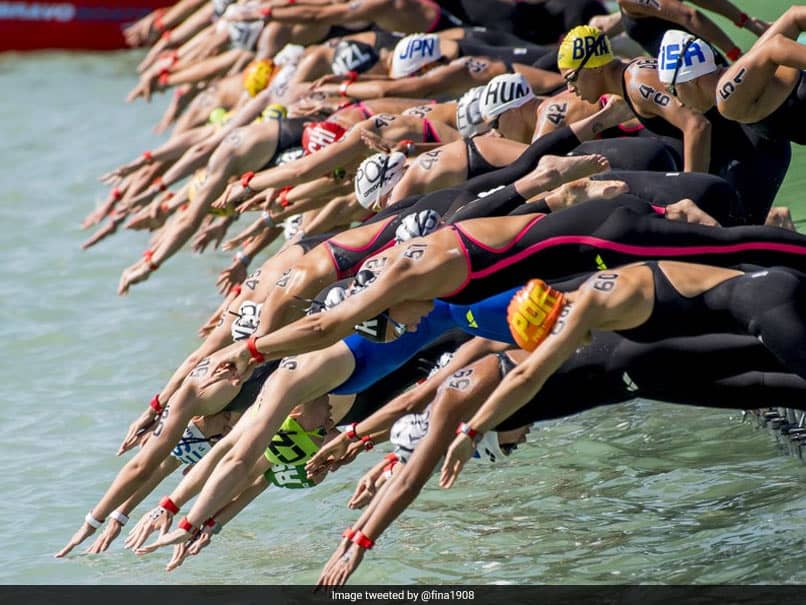 The world championships were due to be held in Fukuoka next year from July 16-August 1.© FINA/Twitter

The next swimming world championships, scheduled for summer 2021 in Japan, have been pushed back until May 2022 following the postponement of the Olympic Games, the sport's governing body said Monday. The world championships were due to be held in Fukuoka next year from July 16-August 1 but will instead take place from May 13-29 in 2022, the international swimming federation (FINA) said in a statement. The 2020 Olympic Games were delayed by a year due to the coronavirus pandemic, and will now run from July 23-August 8 in 2021.

"After liaising with the relevant stakeholders and receiving feedback from them, we have no doubt that the decision taken will provide the best possible conditions for all participants at the championships," said FINA president Julio Maglione.

"At a time of unprecedented uncertainty, FINA hopes the announcement of these dates will allow for some clarity in planning for all concerned."