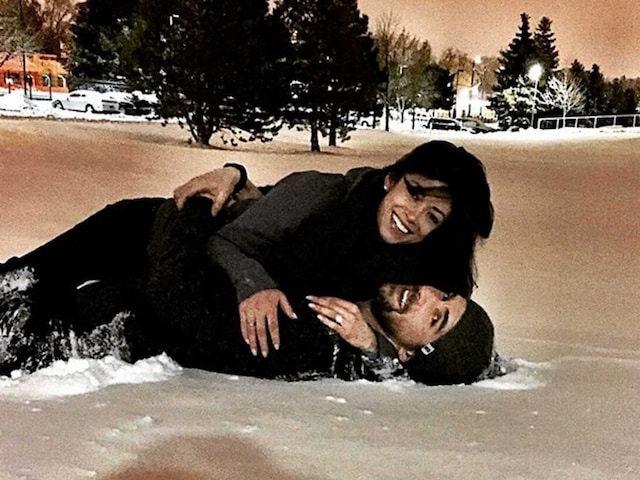 Phelps, whose record career haul of 22 Olympic medals includes 18 golds, got engaged to his girlfriend over the weekend, according to social media posts from the couple.

Phelps, 29, and his new fiancee Nicole Johnson, a 2010 Miss California pageant champion, posted pictures to Instagram shortly after the proposal.

The two are seen rolling around in the snow and Johnson is sporting a large ring on her left hand.

Phelps won a stunning eight gold medals at the 2008 Beijing Olympics and retired after the 2012 London Olympics, only to make a comeback last year.

Phelps won three gold medals at the Pan Pacific Championships last August but was arrested for drunken driving and is serving a six-month suspension from USA Swimming that will expire in April.

While Phelps has agreed not to compete at this year's world championships in Russia, he will return to competition at a meet in Arizona from April 15-18.