Park Tae-Hwan, the four-time Olympic medallist, blamed an injection given by a hospital for the result, the second high-profile Asian swimming case in recent months after China's Sun Yang. 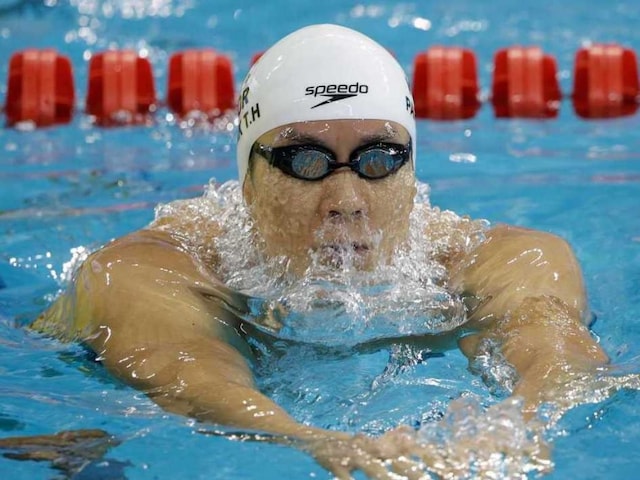 Park Tae-hwan has struggled to repeat the form of the 2008 Olympics, when he won freestyle gold and silver, and he was unable to win a title at his home Asian Games in September.© AP
Seoul:

South Korean Olympic swimming star and national icon Park Tae-Hwan fought to clear his name on Tuesday as he reeled from the shock news that he failed a doping test.

The four-time Olympic medallist blamed an injection given by a hospital for the result, the second high-profile Asian swimming case in recent months after China's Sun Yang.

Yonhap news agency quoted Park's management agency Team GMP as saying the 25-year-old dubbed "Marine Boy", who has an Asian Games pool bearing his name, was stunned by the news.

The report said the 25-year-old was injected at a South Korean hospital while receiving chiropractic treatment before last year's Asiad in Incheon.

"At the time, the hospital offered to give Park an injection and he repeatedly asked if it contained any illegal substances," Yonhap quoted a Team GMP statement as saying late on Monday.

"The doctor said there would be no problem. And yet it turned out the injection contained a banned substance.

"He hasn't even taken cold medicine so that he wouldn't fail doping tests. Park is more shocked by this result than anyone else."

Park's agency threatened the hospital with legal action over the case, which could end in a ban for the swimmer with the world championships approaching in Kazan, Russia, in July.

Park has struggled to repeat the form of the 2008 Olympics, when he won freestyle gold and silver, and he was unable to win a title at his home Asian Games in September.

"With our team of legal experts, we're trying to determine why the particular hospital injected Park with an illegal substance, and we're preparing to hold it civilly and criminally liable," the management agency said.

The revelation over Park comes after China belatedly revealed in November that double Olympic champion Sun served a three-month doping ban before the Asian Games.

The 1,500 metres world record-holder won three gold medals in Incheon after serving the previously unannounced ban. The failure was blamed on medicine for heart palpitations.

FINA executive director Cornel Marculescu declined to comment on Park to AFP, saying only that the world swimming body's anti-doping commission would meet in late February.

But he had a disappointing time in the pool in front of an expectant home crowd at last year's Asian Games, managing only a silver and five bronzes.

The news could puncture some of the euphoria in South Korea on Tuesday after it came to light as the national football team reached their first Asian Cup final in 27 years.