Bhakti Sharma is the youngest in the world and the first Asian girl to have achieved the feat of swimming 1.4 miles in the Antarctic Ocean. She completed it in 52 minutes. 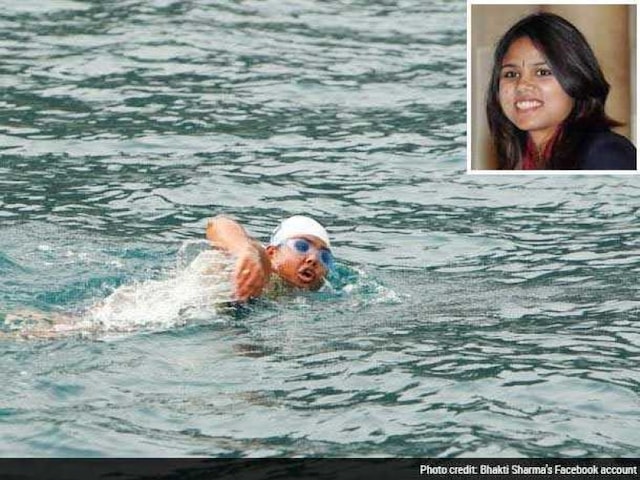 India's open water swimmer Bhakti Sharma has set a world record by swimming 1.4 miles in 52 minutes in one degree temperature at Antarctic Ocean.

Bhakti is now the youngest in the world and the first Asian girl to have achieved this feat.

Akhilesh Joshi, the chief executive officer of Hindustan Zinc, said, "We are very proud of Bhakti Sharma for this rare achievement. Whole country is proud of her and particularly girls who would be seeing her as inspiration to join swimming. Her achievement only proves that given the right support and opportunities India can produce many such talents."

Bhakti, a recipient of Tenzing Norgay National Adventure Award in 2010, expressed her gratefulness towards Udaipur-based Hindustan Zinc for supporting her when she had lost hope for her mission and needed the support.

She has been pursuing open water swimming for the last 10 years. She has now conquered all the five oceans of the world.

Comments
Topics mentioned in this article
Swimming Other Sports
Get the latest Cricket news, check out the India cricket schedule, Cricket live score . Like us on Facebook or follow us on Twitter for more sports updates. You can also download the NDTV Cricket app for Android or iOS.