Michael Phelps to Race a Great White During 'Shark Week'

It's not clear exactly how Phelps, who turns 32 later this month, will be racing the great white. For instance, will it be a freestyle race, or maybe butterfly stroke? In any event, here's hoping there's more separating Phelps from his foe than just some floating lane markers. 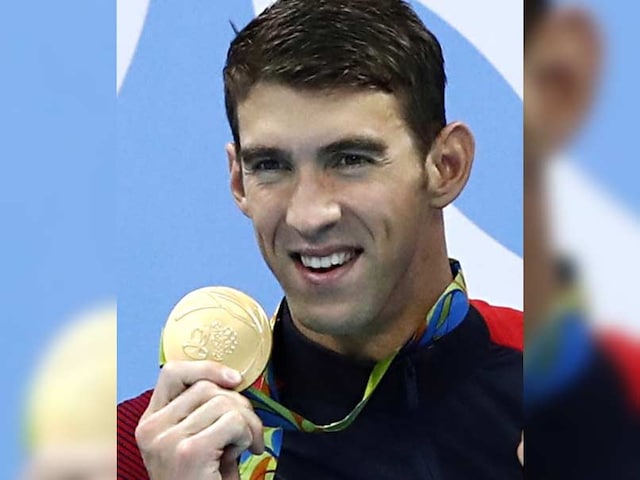 Michael Phelps, the Olympic hero, is set to test his mettle once again.© AFP

Just when you though it was safe to go back in the water without winding up in a race with Michael Phelps, the Olympic hero is set to test his mettle once again. This time, though, Phelps will be putting his aquatic prowess up against his most dangerous opponent yet: a great white shark.

Hey, he has nothing left to prove against mere humans, right? But now in retirement, Phelps does need to parlay his legendary athletic career into high-profile gigs of various sorts, and so it is that he will star in this year's installment of Discovery's "Shark Week."

Here is the breathless blurb about the cable channel's "Great Gold vs. Great White" event, from Thursday's news release regarding its popular annual shark-stravaganza, set to air in late July:

"They are one of the fastest and most efficient predators on the planet: Sharks. He is our greatest champion to ever get in the water: Michael Phelps. 39 world records. 23 Olympic golds.

"But he has one competition left to win. An event so monumental no one has ever attempted it before. The world's most decorated athlete takes on the ocean's most efficient predator: Phelps V Shark - the race is on!"

It's not clear exactly how Phelps, who turns 32 later this month, will be racing the great white. For instance, will it be a freestyle race, or maybe butterfly stroke? In any event, here's hoping there's more separating Phelps from his foe than just some floating lane markers.

Phelps recently provided a possible preview of what to expect, when he posted a photo showing a great white passing ominously by a diving cage. "I was able to do something that I had always wanted to do," Phelps said.

If that weren't enough excitement, Phelps will also learn "how to stay calm when a hammerhead swims two feet above his face," according to Discovery. That's part of an educational excursion with the Bimini Shark Lab, whose staffers "dispel the myths and common misconceptions" about the predatory fish, which apparently didn't include all the ways that racing them tends to be a losing proposition.

Of course, Phelps-related programming makes up just a small portion of "Shark Week." Here are some titles to which viewers have to look forward:

"Sharks and the City"

"Lair of the Sawfish"

Sounds like some folks will be glued to their screens like so many remoras. As for Phelps, best of luck snatching victory from the Jaws of defeat!

(This story has not been edited by NDTV staff and is auto-generated from a syndicated feed.)
Comments
Topics mentioned in this article
Swimming
Get the latest Cricket news, check out the India cricket schedule, Cricket live score . Like us on Facebook or follow us on Twitter for more sports updates. You can also download the NDTV Cricket app for Android or iOS.