Michael Phelps Swimming, an organisation promoted by Phelps, is aimed at safe swimming by using the same techniques and philosophy that made him the world's top swimmer. 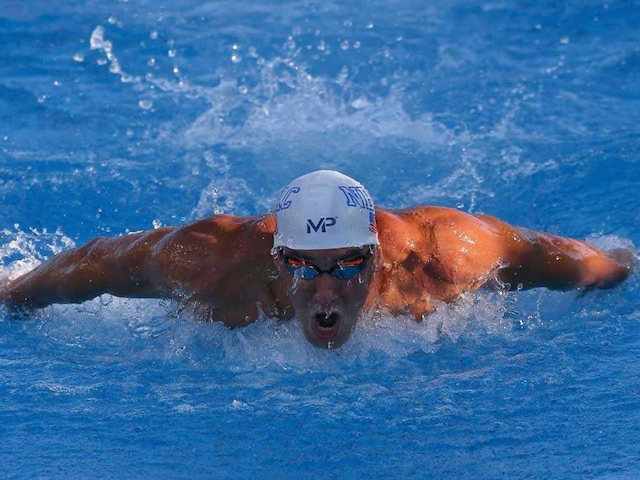 Michael Phelps has won a total of 18 gold medals in Olympics, making him the most decorated Olympian.© AFP
Panaji:

Speaking to reporters on Thursday at the launch of the programme, the US Olympic champions' sister, Hilary Phelps, said that the swimming programme was designed on techniques practiced by Phelps, the most decorated Olympian of all time. (Michael Phelps Swimming Programme to be Launched in India)

Phelps has won 22 medals, including 18 golds.

"'Michael Phelps Swimming' is aimed at promoting safe swimming by using the same techniques and philosophy that made Michael the world's top swimmer," Phelps said at the launch of the programme in association with the Goa-based Terrapin Swimming Academy.

The programme is for all ages and abilities, and taught in over 30 states in the US and over 20 countries. In Goa, the swimming programme is offered at three locations.

"Michael was scared of the water when he started swimming at the North Baltimore Swim School. It was there that he learnt water safety and overcame his fear of water. Now, after many accomplishments, both in and out of the water, he is able to invest in the very programme that taught him," she said.

"We believe that quality instruction is not just based on the basic motor skills of kicking, stroking, and rhythmic breathing... In addition, we feel that our swimmers need to understand the properties of the water and have certain body positions, which help breathe rhythmically and achieve balance in the water," Hilary Phelps added.