Michael Phelps, who retired after the 2012 London Olympics and stayed away from the pool for more than a year, finished in 53.88 seconds. Ryan Lochte was second at 54.40, and Olympian Tyler Clary finished third in 55.41. 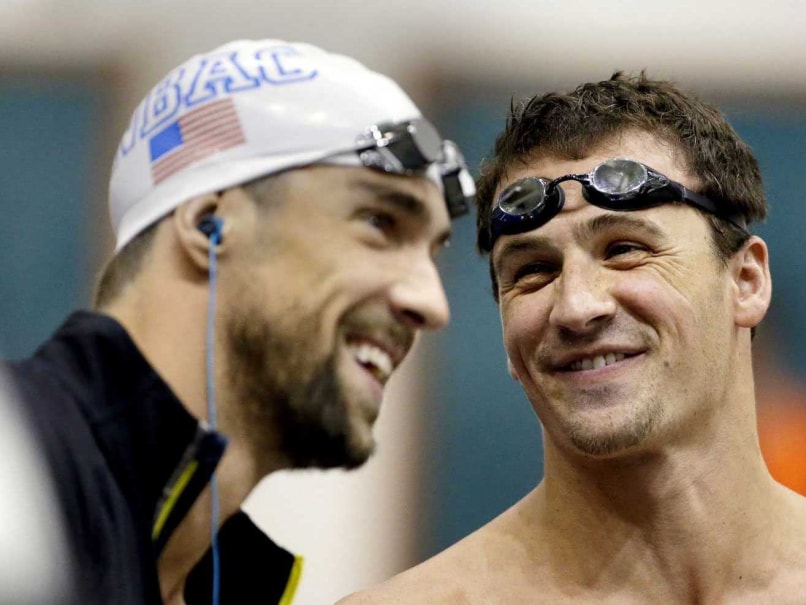 Michael Phelps, left, laughs with Ryan Lochte, right, before they compete against each other in the men's 100-meter backstroke at the Bulldog Grand Slam swim meet at the University of Georgia, Saturday, July 12, 2014© AP
Athens, Georgia:

Michael Phelps won the 100-metre backstroke on Saturday at the Bulldog Grand Slam, edging Ryan Lochte in another encouraging performance in his comeback.

Phelps, who retired after the 2012 London Olympics and stayed away from the pool for more than a year, finished in 53.88 seconds. Lochte was second at 54.40, and Olympian Tyler Clary finished third in 55.41.

"I just wanted to break 54, to be honest," said Phelps, the winner of 18 golds and 22 medals overall - far more than any other Olympic athlete. "My best time is 53.01 from 2007 and it's something I haven't swam that that many times. I wanted to take it out a little faster and be as close to an even split as I could, but towards the end it hurt a lot. To be 53.88 now, I'm very pleased."

This is the first meet for Lochte since he reinjured his surgically repaired left knee at the Mesa Grand Prix in April. He also lost to Phelps on Friday night, grabbing second in the 100 butterfly with a time of 53.08 seconds that was well off Phelps' winning swim of 51.67.

The hastily arranged event on the University of Georgia campus gives some of the United States' top swimmers a chance to swim one more time competitively before the next month's national championships in Irvine, California.

The results from nationals, as well as the Pan Pacific Championships being held in Australia later in August, will determine the U.S. team for the 2015 world championships.

"Anytime I have a chance to get into the water and race after taking two years off is a good thing," Phelps said. "It's all about getting in rhythm and racing - that's what I've always enjoyed about the sport. And having another race under my belt is nice."

Lochte gets another shot at Phelps when the two compete in the 100 freestyle on Sunday. Lochte also is scheduled for the 200 individual medley and the 200 backstroke on Sunday.

Comments
Topics mentioned in this article
Swimming
Get the latest updates on ICC Women's Cricket World Cup 2022 and IPL 2022, check out the Schedule , Live Score and IPL Points Table. Like us on Facebook or follow us on Twitter for more sports updates. You can also download the NDTV Cricket app for Android or iOS.