Multi-Olympic and World Champion Sun Yang tested positive for stimulant trimetazidine May 17 during the national championships. 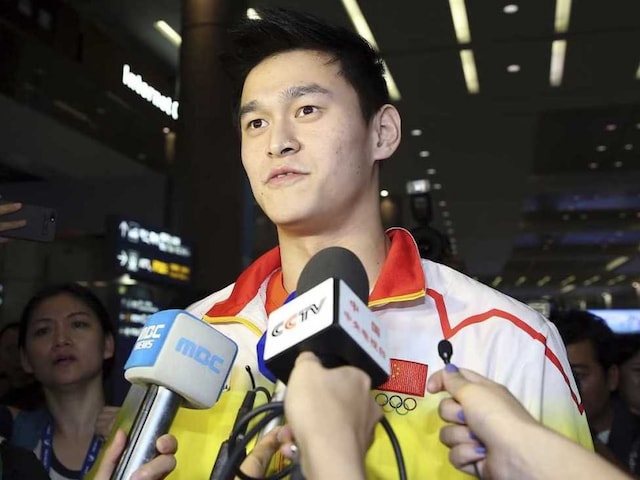 Sun has been under immense pressure since the dope test.© AP
Beijing:

The Chinese Swimming Association (CSA) Tuesday said that it believed tainted swimmer Sun Yang is innocent although he failed a dope test in May and was consequently banned for three months.

The multi-Olympic and World Champion tested positive for stimulant trimetazidine May 17 during the national championships.

CSA said that Sun provided sufficient evidence in July's hearing that he was not aware that the substance was prohibited and took the prescription drug Vasorel to treat a heart condition.

"Sun took the drug without an intention to improve his result but both he and the Zhejiang swimming association (from where Sun belongs) had made mistakes," said a CSA statement.

Sun's was stripped off the 1,500 metre freestyle title at the nationals and was also fined around $816. The Zhejiang swimming association and some of its related officials were also punished by CSA.

"We believe Sun did not intend to cheat. He is an excellent swimmer and his good results came from his talent and hard training. Sun cherishes his reputation and he had no reason to cheat in the national championships," said Xu Qi, leader of the Chinese national swimming team.

According to China Anti-Doping Agency (CHINADA), both Sun and Zhejiang team doctor Ba Zhen failed to file the therapeutic use exemption when Sun took the test. Sun had been taking Vasorel from time to time since 2008 when he started to suffer heart palpitations. Trimetazidine is able to increase coronary flow reserve and was added to the prohibited list in January.

"I have been tested numerous times during years of training and competition and I had never failed once before. I was shocked and depressed at that time but at the same time it made me cherish my sporting life even more. I will take it as a lesson and be more careful in the future," Sun said, who has five World Championship titles.

Xu admitted Sun had been under a lot of pressure since failing the test.

"He has to deal with the pressure and we should understand his situation and offer him some help," said Xu.

The three-month suspension ended Aug 17, before Sun's participation at the Incheon Asian Games in September where he won three gold medals.