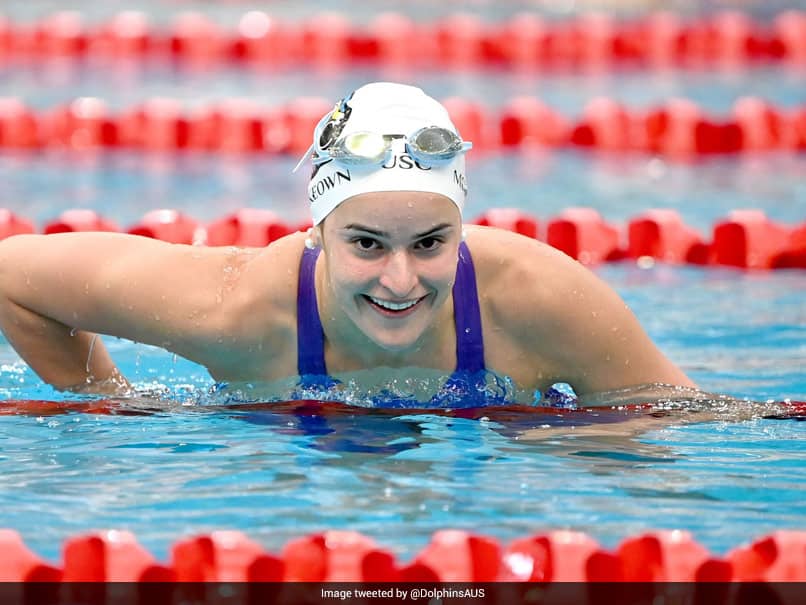 Australian Kaylee McKeown narrowly missed the 50 metre backstroke world record Sunday while setting the year's best time in the 200m individual medley as she ramps up preparations for the Tokyo Olympics. The 19-year-old was the standout performer at the four-day Sydney Open, swimming the second-fastest 100m backstroke in history and the fourth quickest over 200m.

She followed up those exploits by setting a new Australian and Commonwealth record of 27.16sec over 50m, just 0.18 outside the world record held by China's Lui Xiang since 2018.

"Kaylee takes her body and her mind and she punches through pain barriers like no one else I've ever seen in my life and she doesn't mind doing it," her coach Chris Mooney told reporters.

"We really do put a lot of focus and attention on our race processes and we find that if we get those processes done well then the result usually follows."

The Sydney Open was the last meet before Australia's Olympic trials in Adelaide next month.

Maddy Gough was also in superb form, winning the 1,500m freestyle -- which will be a new Olympic distance in Tokyo for women -- in a personal best 15min 55.14sec, a time only bettered by US superstar Katie Ledecky and Germany's Sarah Kohler.

Zac Stubblety-Cook warmed up for the trials by clocking a new Australian record of 2:07.00 in the men's 200m breaststroke, the second-fastest time in the world this year. Former world record holder Matt Wilson sat out the final.

"It does wonders for the confidence, knowing that all the hard work in training, that comes down to just over two minutes work in the race is certainly paying off and we are on the right track," said Stubblety-Cook.