Sri Lanka vs India: Deepak Chahar said that coach Rahul Dravid's belief in his batting inspired him to produce a match-winning knock for his team. 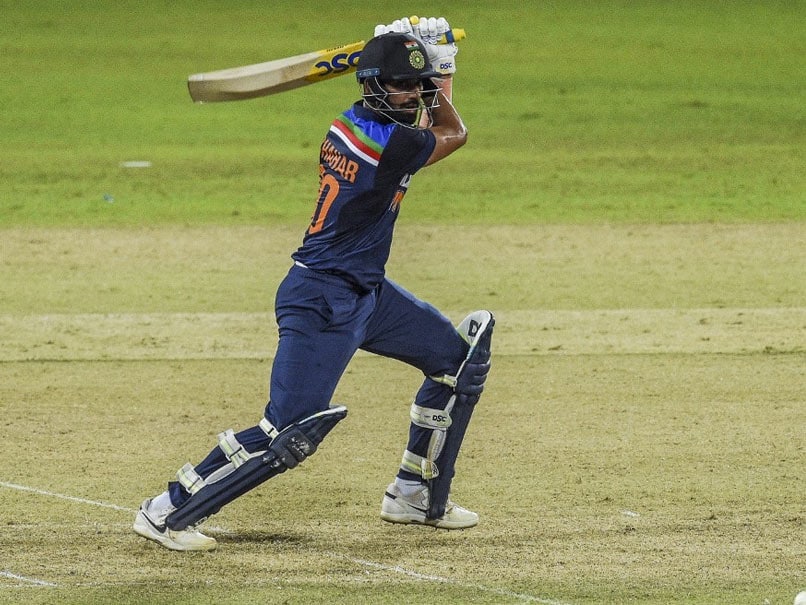 Deepak Chahar was the Player of Match in the 2nd ODI against Sri Lanka for his all-round performance.© AFP

India pacer Deepak Chahar, who was an unexpected hero with the bat in the second ODI against Sri Lanka, on Tuesday said coach Rahul Dravid'sbelief in his batting inspired him to produce a match-winning knock for his team. Chahar came ahead of the more accomplished Bhuvneshwar Kumar in the batting order after India lost their six wickets for 160 runs while chasing 276. In the end, they both forged an unbeaten 84-run stand to script a three-wicket win for India.

"No better way to win the match for the country. Rahul sir told me to play all the balls. I've played a few innings with India A (when Dravid was coach) and I think he has belief in me," said Chahar at the post-match presentation.

"He told me he thinks I'm good enough to be a No. 7 (but he batted at 8). He has belief in me. Hopefully, in the coming matches I don't have to bat. When we came under 50 that's when I believed we can win. Before that it was ball by ball. I took some risks after," he added.

Prior to this game, his highest score in international cricket was 12.

"It was hot out there, we did well there. We managed to stop them at 270 (275 actually). It was a decent score on this wicket," Chahar said.

"Only one thing that was going on in my mind: this is the kind of innings I've been dreaming of. No better way to win the match for the country," he said, talking about his mindset in the middle.

India had romped to victory in the first ODI but it took a lot more effort on Tuesday.

Skipper Shikhar Dhawan said it was a good lesson for the youngsters in the team.

"We were confident of chasing it, but we didn't start well. It was a good lesson for them. These sort of matches we're going to learn a lot as a team and they'll learn how to handle games like these," said Dhawan.

"Everyone showed character. The odds were low but we knew that he's (Chahar) batting well in the nets. His presence of mind, his calculation - in the last four overs they didn't take on the legspinner (Hasaranga) because at the time he was lethal.

"I felt that the way Sri Lanka planned their innings, batting, and bowling - they brought the spinner on early - and the way they fielded was good to watch and learn. They worked very hard but glad that we're on the winning side," added Dhawan.

Sri Lanka lost the game from a winning position and skipper Dasun Shanaka was understandably dissapointed.

"I am really proud of how the boys played. They fought hard to get a win. Really tough game, credit to the Indian players, especially Deepak who took the game away from us," Shanaka said.

"I think we started really well today. The middle period we lost wickets. I think the thing we shouldn't do in the next game gives them easy wickets. We should bat well until the last powerplay," he added.

Sri Lanka Cricket Team Sri Lanka vs India, 2021 Deepak Chahar Cricket
Get the latest updates on ICC T20 Worldcup 2022 and CWG 2022 check out the Schedule, Live Score and Medals Tally. Like us on Facebook or follow us on Twitter for more sports updates. You can also download the NDTV Cricket app for Android or iOS.