Former captain Aravinda de Silva revealed that Sri Lanka Cricket (SLC) has been trying for a long time to rope in Mahela Jayawardene as the coach of their U-19 side. 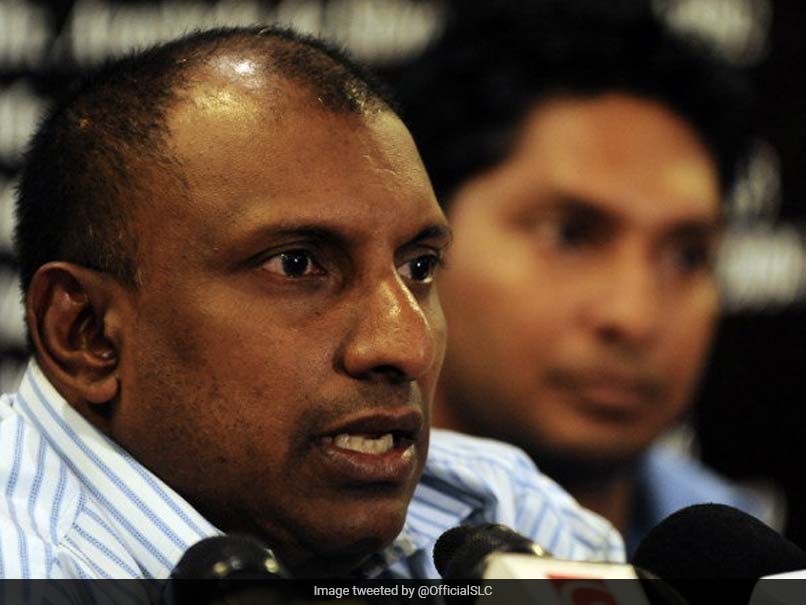 Former Sri Lanka captain Aravinda de Silva has said that their cricket board has been trying for a long time to rope in Mahela Jayawardene as the coach of their U-19 side. Sri Lanka and India will square off in three ODIs and three T20Is, beginning July 13. While Bhuvneshwar Kumar has been named vice-captain, Shikhar Dhawan will lead the team which will be coached by former India skipper and NCA head Rahul Dravid. "Well, I think when he was appointed as the U-19 coach, I thought India did a good job. Sri Lanka has been trying to convince Mahela Jayawardene to take the U-19 job for a long time but I was not so successful in doing so," said former Sri Lanka batsman Aravinda de Silva during a virtual press conference organised by the Sony Network.

"I think that is where the foundation is and if you lay the foundation right at the U-19 level, it becomes so much easier to really progress from thereon. That's where I feel you would be able to instill knowledge," he added.

"That is where you can truly express themselves, once you have the foundation with someone like Rahul, you all know he is a very disciplined individual," he said.

"The most important for the U-19 guys is to have their hero as the coach. It is not only the cricket part but there is a lot more than cricket in an individual," he added.

There have been reports that Angelo Mathews has told Sri Lanka Cricket (SLC) that he is considering retirement. The all-rounder has already opted out of the series against India.

"It is a pity if Angelo Mathews has decided to quit at this stage. I see him as someone who has contributed a lot to Sri Lanka Cricket. I would not want to see any senior member leave the team in this manner," said de Silva.

"It is time for the players to keep these issues aside and look at the future. There is a lot of things he could offer to Sri Lanka and he should have shown the kind of spirit, character and he should have handled the situation in a manly manner," added de Silva.

Reacting to Arjuna Ranatunga's comment of calling India's white-ball squad as 'second-string', de Silva said, "I personally think any side who would come and make a change and play exciting cricket and India as you know, they have enormous talent."

"There is no way you can call any side a second string. If you look at the current way of handling players, there is a rotational basis all over the world, and players being in the bubble has become very challenging, it is not easy," he said.

Sri Lanka recently failed to win a single match on their tour to England after they suffered a 3-0 defeat in T20Is and a 2-0 in the ODI series.

Former India batsman Ajay Jadeja said that he is not sure about the quality of cricket that would be on offer in the series, but he said that the intensity would be right up there.

"I personally think you will see more intensity. A couple of players are looking to get back on the Indian side, so there is a lot at stake from that front. Sometimes you do not see the intensity in the verbal action going on, from players' point of view, it is as important for any player who is picked," said Jadeja.

"I am sure, when selectors pick somebody, they look for them to perform well. But when you talk about the six spinners that have been picked, one was a surprise for me and that is Varun Chakravarthy," he said.

"It looks a little confusing to me as the captain of the side has made it pretty clear on what he wants to do with the side and then if you are going to pick on the tour who may do well and is ready to play for India, so is it what captain wants is happening or is something being forced on the captain," he added.

Mahela Jayawardene
Get the latest updates on ICC Women's Cricket World Cup 2022 and IPL 2022, check out the Schedule , Live Score and IPL Points Table. Like us on Facebook or follow us on Twitter for more sports updates. You can also download the NDTV Cricket app for Android or iOS.