Hardik Pandya shared a screengrab of his video call with son Agastya on his Instagram Stories. 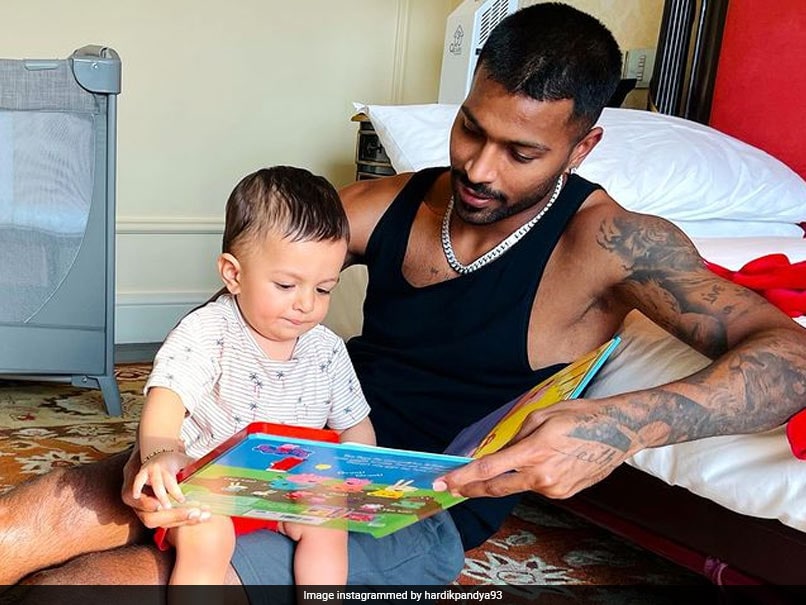 Indian all-rounder Hardik Pandya shared a picture on his Instagram stories of him having a video call with his son Agastya along with an emotional caption. In the picture Hardik seemed to be all smiles watching Agastya and wrote, "Missing my little bunny already." Hardik had recently posted pictures with wife Natasa and their son while boarding their chartered flight to Mumbai ahead of the limited-overs series against Sri Lanka beginning this July. Pandya also posted pictures from inside the plane during his journey back to Mumbai. 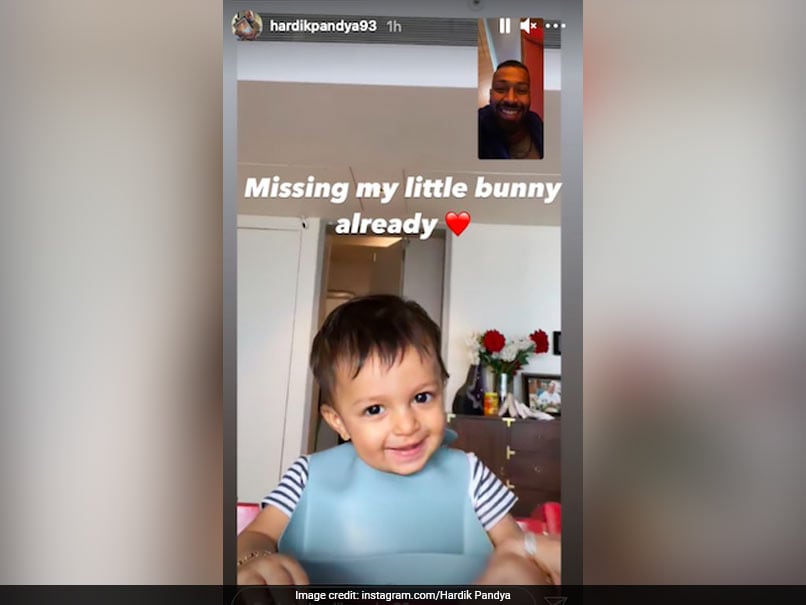 Hardik is undergoing strict quarantine for a period of 14 days. Hardik is part of the Indian ODI and T20I side that will take on hosts Sri Lanka in a six-match long tour.

While Virat Kohli will lead the Indian Test squad in the upcoming World Test Championship (WTC) Final against New Zealand, Shikhar Dhawan will captain the limited-overs national side in Sri Lanka.

The young brigade in the island nation will be coached by former Indian captain Rahul Dravid. After acting as a batting consultant for India during the England tour in 2014, this will be his second stint with the senior team.

The limited-overs squad will leave for Colombo on June 28 and is set to undergo three days of hard quarantine. They will train in quarantine till July 4, post which they will be allowed to train normally.

The tour will kick-start from July 13 with the first of the three ODIs, followed it up by the T20I series from July 21.

Virat Kohli Sri Lanka vs India, 2021 Cricket
Get the latest updates on IPL Auction 2023 and check out  IPL 2023 and Live Cricket Score. Like us on Facebook or follow us on Twitter for more sports updates. You can also download the NDTV Cricket app for Android or iOS.