India jointly topped the standings with Hungary with three gold medals, but managed to secure only one Olympic quota. 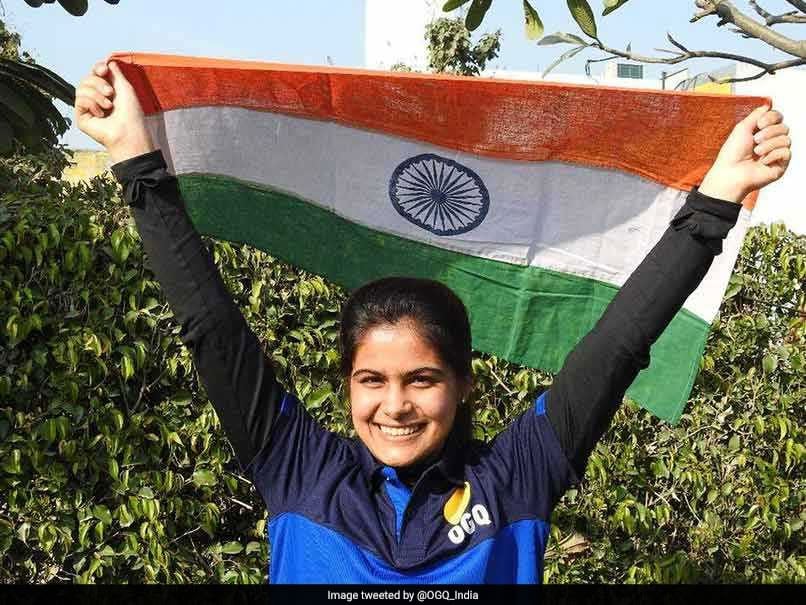 Manu Bhaker and Saurabh Chaudhary registered a total score of 483.4 to finish on the top.© Twitter

India's pair of Manu Bhaker and Saurabh Chaudhary clinched a gold medal in the 10m Air Pistol mixed team event on the closing day of the ISSF World Cup at the Dr Karni Shooting Range in New Delhi on Wednesday. The pair registered a total score of 483.5 to finish on the top in the mixed team event. This is India's third medal at the World Cup as Saurabh Chaudhary and Apurvi Chandela won a gold medal each. The Chinese duo of Ranxin Jiang and Bowen Zhang won silver with 477.7, while the bronze went to the Korean pair of Minjung Kim and Daehun Park (418.8).

Such was the Indian duo's dominance through the final that the difference between gold and silver medallist at the end was a hopping at the end was 5.8.

Having entered the final after equalling the qualification world record, Saurabh and Manu continued in the same vein and once they moved to the top spot, there was no looking back as they consistently shot high and mid 10.

The other Indian team in the fray, Heena Sidhu and Abhishek Verma, could not clear the qualification hurdle.

India jointly topped the standings with Hungary with three gold medals, but managed to secure only one Olympic quota. The tournament offered 14 quota places for the 2020 Tokyo Games.

Earlier, 16-year-old shooter Saurabh Chaudhary had won gold in men's 10m Air Pistol event. He had defeated Serbia's Damir Mikec to claim the gold with a world record score of 245.

On Sunday when Chaudhary claimed India's second gold, Manu Bhaker had faltered in the women's 25m pistol final event and finished fifth even after starting strongly.