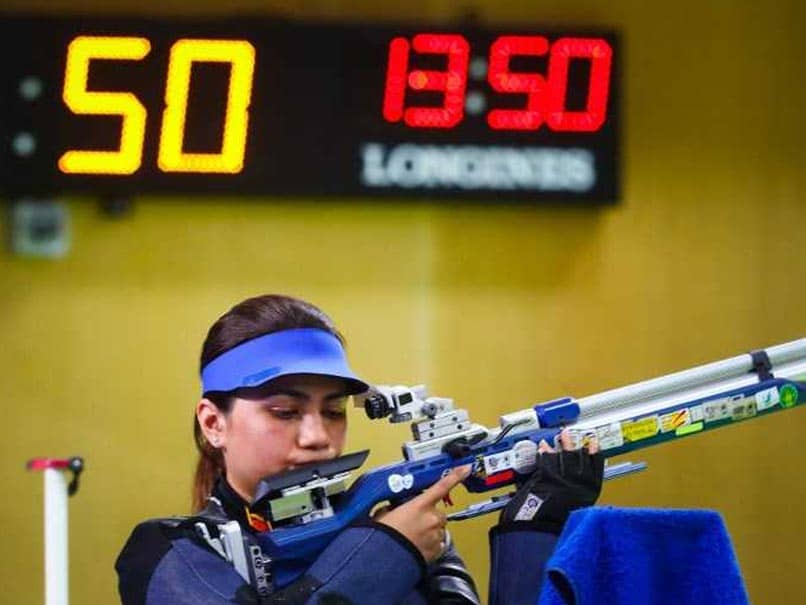 Apurvi Chandela gave India their first medal at the ISSF World Cup 2019 by winning gold in the women's 10-metre air rifle event at the Dr Karni Singh Shooting Range in New Delhi. The prolific Indian shooter set a new world record by registering a score of 252.9 points in the final on Saturday. The 26-year-old had advanced to the final of 10m Air Rifle event by finishing fourth in the Qualifying round with 629.3 points. However, some remarkable shooting in the final helped Apurvi Chandela script history in the finale of the event.

"It's been a bit tough but I've been practicing and not giving up. I am glad I got the result today. There are a lot of important competitions ahead. I am looking forward to bettering this performance," Apurvi Chandela said, as quoted by ANI.

China's Zhao Ruozhu finished second with 251.8 points while her compatriot Xu Hong had to settle for the bronze medal with 230.4.

Despite not being at her best in the qualifying round, such was Apurvi Chandela's dominance in the eight-women final that she finished the event a staggering 1.1 points ahead of the silver medallist.

The other two Indians in the fray – Anjum Moudgil and Elavenil Valarivan – finished 12th (628) and 30th (625.3) respectively in the qualifications.

Zhao topped the chart with a qualification world record score of 634.

The final witnessed an astonishing display of shooting with Chandela, placed at the bottom to start with and watched by her mother Bindu, leapfrogged the rest of the field to emerge triumphant.

In her own words, the loud cheers from behind helped, as she rallied to grab the second place with a 10.6 in the 11th shot.

The exceptional series of scores continued unabated as she maintained her second position, a 10.8 propping her up at that stage of the final.

The top two Chinese meanwhile interchanged positions even as Chandela shot her way to the top of the pecking order and consolidated her position with a monstrous 10.8 in the 18th shot.