India will be hosting the annual event for the first time, where the top performers in four editions of the World Cups get selected. 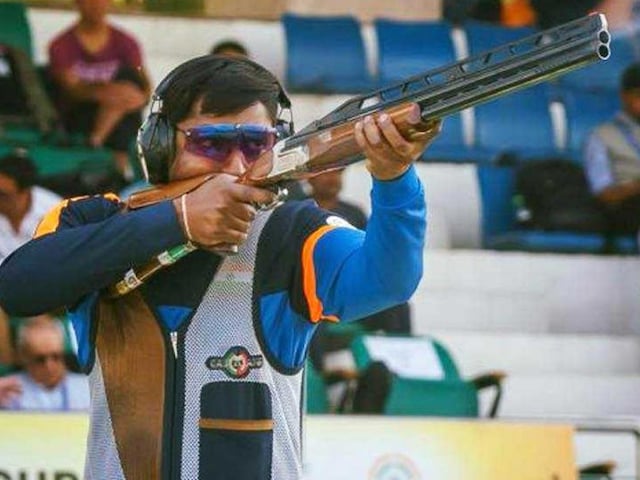 India will be hosting the annual event for the first time.© Facebook

The in-form double trap exponent Ankur Mittal and pistol ace Jitu Rai will spearhead India's challenge in the prestigious ISSF World Cup Finals, which the country is hosting for the first time, from Tuesday onwards. The tournament is a reflection of India's growing reputation in the Olympic sport, and the top shooters representing the host nation, would certainly want to produce a top-notch performance. The Indian shooters are expected to face stiff competition at the Dr Karni Singh Shooting Ranges as some of the best in the business from across the world will be vying for the top honours.

India will be hosting the annual event for the first time, where the top performers in four editions of the World Cups get selected.

Irrespective of form and past record, the Indians will have their task cut out against the top-ranked shooters in rifle, pistol and shotgun.

As many as nine champions across the 15 events from last year's Rio Olympic games are in the fray, besides three former champions.

Two among them -- Greece's 21-year old Air Pistol champion, Anna Korakaki and Germany's Christian Reitz -- are also among the 11 title-defenders who will be seen in action.

They will all vie for the coveted Crystal Globes, along with the year's top eight World Cup series performers and World Championship medalists, to grab bragging rights as the best shooter of the year.

"It is a great honour for the country and the NRAI, to be hosting the best in the sport of Shooting in such a top class competition. We hope fans enjoy seeing their local stars compete with the very best in the world in flesh and blood," said Raninder Singh, President, National Rifle Association of India (NRAI).

Hosts India have a total of 10 competitors across three disciplines including current World No.1 Ankur Mittal and reigning Asian Games champion and former world number one Jitu Rai.

Heena Sidhu, a former 2013 ISSF WCF winner in the women's 10M air pistol, will be gunning for an encore, this time in the mixed team air pistol event, partnering Jitu. Ravi Kumar and Pooja Ghatkar have also qualified in the top draw men's and women's 10M Air Rifle event respectively.

Three World Cup series events have concluded earlier in the year for each discipline along with the ISSF World Championship for Shotgun held in Moscow last month.

A total of 162 athletes from 45 ISSF member federations will be competing in the event. There will be a total of 18 finals across six competition days beginning Tuesday, and concluding on Sunday.

For the first time, apart from the 15 Rio Olympic disciplines, three mixed team medal events are also going to be held.

Some top global stars who will be seen in action include three time Olympic Champion skeet shooter Kimberly Rhode of the USA, Vietnam's first ever Olympic champion Xuan Vinh Hoang in men's air pistol, and the USA's 20-year old Virginia Thrasher, who won the women's 10M air rifle gold in Rio on her Olympic debut.

China, with 26 competitors, are the largest squad. Among their top shooters in fray will be Mengxue Zhang, the women's 25M pistol Olympic champion and Zhang Binbin, last year's champion in the women's rifle 3 positions event.