The 3rd Youth Olympic Games are being held in Buenos Aires, Argentina. It is the first Summer Youth Games to be held outside of Asia. 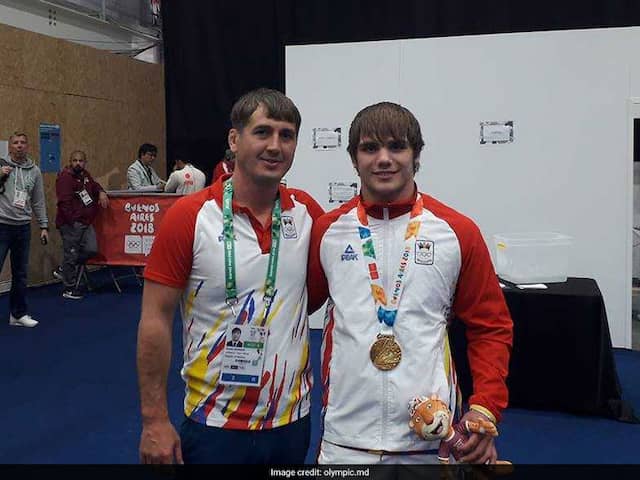 A hilarious video of a Moldovan wrestler getting body slammed by his coach has gone viral on social media platforms. Alexandrin Gutu of Republic of Moldova won gold in the men's Greco-Roman 71 kg category by beating Stepan Starodubtsev of Russia at the Youth Olympic Games. The official decision gave him 'Victory by Fall'. Right after the buzzer goes to signal the end of the bout, Gutu, with his arms raised, runs towards his coach who instead of hugging him, body slams him to the ground.

The duo's unique celebration started doing the rounds on Twitter with the official handle of the Olympics page also posting the video.

Tune in now for the live competition from @BuenosAires2018!https://t.co/wlr9pbj0zB pic.twitter.com/UBBdurOYaO

The Russian Federation currently heads the medals tally with a total of 43 medals, including 24 golds, 11 silvers and eight bronzes.

A contingent of 68 members from India, including 47 athletes, is in Argentina to compete in 13 sports during the event. This is India's largest ever contingent at the Youth Games.

India are in 13th place currently with a total of 10 medals. India have won three gold and seven silver medals.