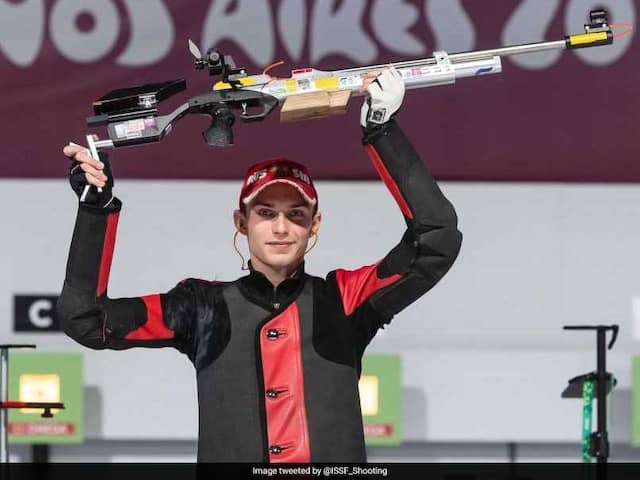 Russian shooter Grigorii Shamakov has clinched the first gold medal of the Buenos Aires 2018 Youth Olympics by winning the 10m boys' air rifle event. "I didn't have the best start but I was able to keep calm and improve," Shamakov said on Sunday after he claimed gold with a score of 249.2 points, Xinhua news agency reported. "I had a plan to prepare to win the gold medal and I'm very happy that I have managed to achieve that," he added.

"I didn't have the best start but I was able to keep calm and improve," Shamakov said. "I had a plan to prepare to win the gold medal and I'm very happy that I have managed to achieve that."

"I feel very proud after winning silver and happy that I started the medal tally for India," said Mane, who finished 1.7 points behind Shamakov.

But for some athletes, results were not the most important thing.

"I am the youngest of the entire Peruvian team and even though I didn't shoot as well as I would have liked, I'm happy to be competing with so many talented shooters," Carlos Arze Tassara of Peru said after finishing 19th with 599.4.

Host athlete Facundo Firmapaz, who finished in 12th place with 616.9, said: "I had a difficult start and that made things complicated, but I'm proud of how I was able to recover and fight back."

"The fact I had my family and friends in the stands felt great and I didn't feel any extra pressure due to that," he added.

The competition began with a 60-shot qualification round, from which eight progressed to the next stage. Athletes were then eliminated on a round-by-round basis before the final two contested the gold medal.