Gurnihal Singh Garcha also made the six-strong individual final, where he shot a score of 46 to claim the individual bronze, the biggest achievement of his international career so far. 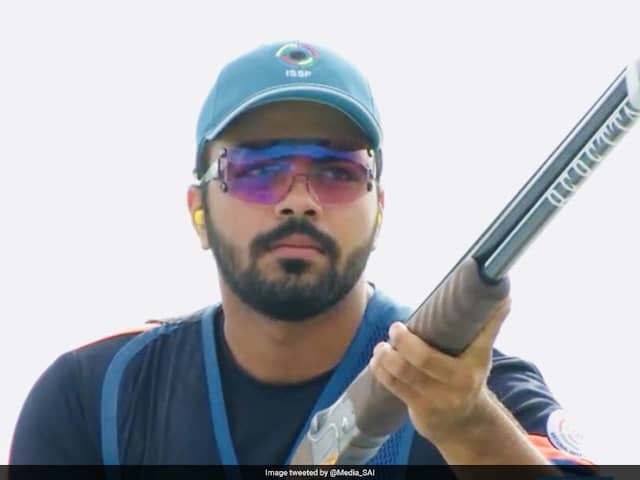 India's junior shooters on Tuesday delivered the country's first set of skeet medals at the ISSF World Championships -- a men's team silver and an individual bronze won by Gurnihal Singh Garcha. Before this edition of the world championship, India had won all its shotgun medals in the trap and double trap disciplines. This will be the first time that Indian skeet shooters will come back with medals from the premiere competition. The trio of Gurnihal (119), Anantjeet Singh Naruka (117) and Ayush Rudraraju (119) combined for a score of 355 for a second-place finish in the finals. The three had topped day one of the team qualifying Monday.

The 19-year-old Gurnihal also made the six-strong individual final, where he shot a score of 46 to claim the individual bronze, the biggest achievement of his international career so far. Italian Elia Sdruccioli notched up the gold with a score of 55, while American Nic Moschetti won the silver with 54.

India are placed fourth in the overall medal tally with seven gold, eight silver and seven bronze medals for a total of 20 at the premier International Shooting Sport Federation (ISSF) showpiece, which is also the first qualifying event for the 2020 Olympic Games.

The gold medal in the team event was won by Czech Republic with a score 356, while the bronze went to the Italian team, which shot a score of 354.

In the junior women's 50m rifle 3 position competition, the Indian team signed off 14th with a score of 3383.    Bhakti Khamkar (1132), Shirin Godara (1130) and Ayushi Podder (1121) made up the team and neither of them managed to qualify for the individual finals.

There was no end to the seniors' disappointment with the women's skeet team ending ninth with a score of 319.

Rashmi Rathore (108), Maheshwari Chauhan (106) and Ganemat Sekhon (105) could not qualify for the individual finals.    India have secured two Olympic quotas, making it the country's best performance ever at the World Championship.

Anjum Moudgil and Apurvi Chandela secured quota places for the Olympics by winning a silver and finishing fourth respectively in the women's 10m air rifle event.