Matt Hardy along with brother Jeff Hardy had revolutionised the tag team wrestling. 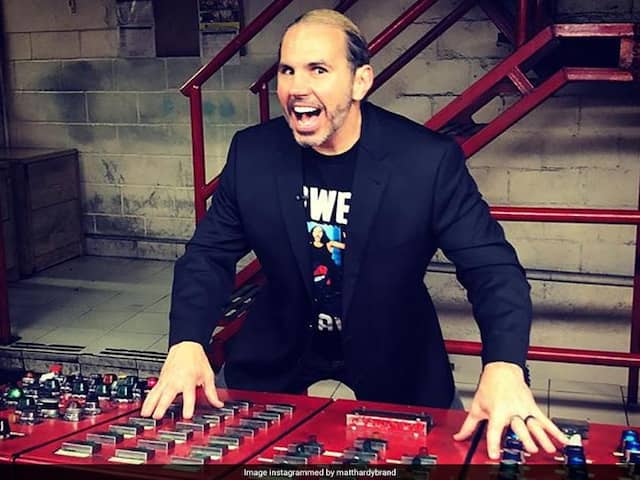 Matt Hardy will visit India for a four-day tour in December.© Instagram

WWE superstar Matt Hardy will visit India for a four-day tour in December. During his visit, he will interact with fans and discuss how the Indian athletes can pursue their dream of being a WWE Superstar. Matt Hardy will visit Mumbai from December 4 to December 6 and will be in Chennai on December 7. Matt Hardy along with brother Jeff Hardy had revolutionised the tag team wrestling in The Attitude Era. Winner of multiple Tag Team Championships, The Hardy brothers had battled it out against the iconic pair of The Dudley Boyz, Edge and Christian among others. The legendary bouts incorporated amazing innovations in the form of ground-breaking Ladder Matches and, soon after, the first TLC Matches.

Matt Hardy had burst onto the scene in 1994 at 19, but more than 20 years later, he's still dropping jaws while living his childhood dream.

After remaining several years away from WWE, Matt and Jeff shockingly returned at WrestleMania 33 and clinched their eighth Tag Team Championship in a Fatal 4-Way Ladder Match.

In September 2018, Matt Hardy had announced that he might not return to WWE again.

"Matt Hardy is considered an icon in professional wrestling with an incredible following and our audiences will be thrilled to see one of their all-time favorite WWE Superstars in India," Kaul added.