John Cena has been actively involved in helping children with life-threatening illnesses. 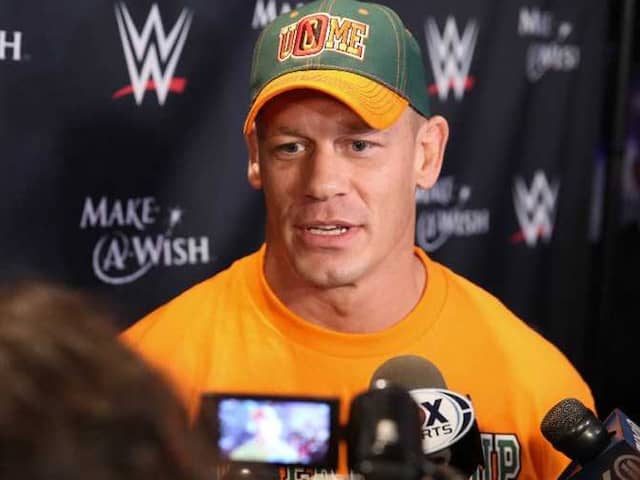 WWE legend John Cena is set to receive this year's Muhammad Ali Legacy Award from American magazine Sports Illustrated in recognition of his philanthropy work, wwe.com confirmed. The award is given annually to an "athlete or sports figure who embodies the ideals of sportsmanship, leadership, and philanthropy while using sports as a platform". Cena works closely with the Make-A-Wish Foundation and has granted nearly 600 wishes for children with life threatening illnesses - a record for the organisation. The Cenation Leader joins previous recipients of the award, including Magic Johnson, Jack Nicklaus, Kareem Abdul-Jabbar, Jim Brown, Bill Russell and Colin Kaepernick.

Last week, WWE announced John Cena's in-ring return stating that he is scheduled to make 12 appearances in a course of 20 days next month.

"Prepare for a sea of Cenation flags to be raised and waved in cities across the country next month when John Cena returns to WWE Live," the statement read.

"Returning to the ring for the first time since WWE Super ShowDown in Australia, the 16-time World Champion gears up for action in a series of WWE Live Events, beginning next month."

The 16-time world champion has only appeared part-time for the wrestling company in 2018 as he continues building his lucrative career in Hollywood. Cena's last WWE appearance was at Super Show-Down in Melbourne last month where he joined forces with Bobby Lashley to defeat Elias and Kevin Owens.

Cena was set to compete in the World Cup tournament at the controversial Crown Jewel pay-per-view in Saudi Arabia last month but he and Daniel Bryan were removed at the last-minute due to unknown reasons.

The 41-year-old is arguably the biggest star in WWE history and it looks like that he will be available for the Royal Rumble, Fastlane, and WrestleMania 35.