The National Dope Testing Laboratory (NDTL) has been instructed to stop all testing procedures with immediate effect and all the samples need to be safely moved to an accredited lab. 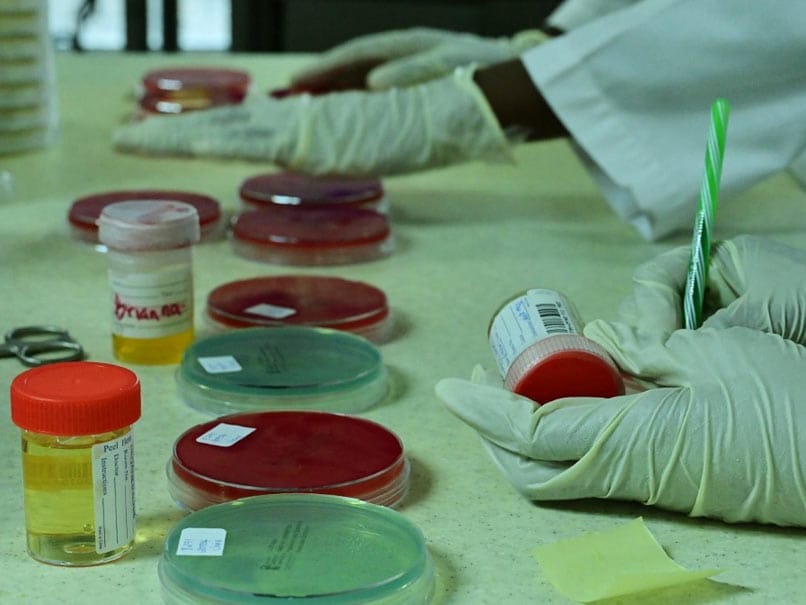 WADA has suspended the accreditation of the National Dope Testing Laboratory (NDTL) for six months.© AFP

The World Anti-Doping Agency (WADA) has suspended the accreditation of the National Dope Testing Laboratory (NDTL) for six months in what could be a massive blow to anti-doping movement in the country with less than a year left for Tokyo Olympics. It is understood that National Anti-Doping Agency (NADA) can still carry on with sample collection (blood and urine) but will have to get it tested by a different WADA accredited laboratory outside India during the suspension period of NDTL. "This suspension has been imposed due to non-conformities with the International Standard for Laboratories (ISL) as identified during a WADA site visit," WADA stated in a media release on its website.

The WADA also stated that it's Laboratory Expert Group (LabEG) initiated a disciplinary proceedings with regards to status of WADA accredited laboratories.

"In May 2019, disciplinary proceedings were initiated by WADA's Laboratory Expert Group (LabEG) and subsequently carried out by an independent Disciplinary Committee, which was mandated to make a recommendation to the Chair of the WADA Executive Committee regarding the status of the laboratory's accreditation. This process is now complete," WADA informed.

The NDTL has been instructed to stop all testing procedures with immediate effect and all the samples need to be safely moved to an accredited lab.

"The suspension, which took effect on 20 August 2019, prohibits the NDTL from carrying out any anti-doping activities, including all analyses of urine and blood samples.

"During the period of suspension, samples that have not yet been analyzed by the NDTL; samples currently undergoing a confirmation procedure; and any samples for which an Adverse Analytical

Finding (AAF) has been reported, must be securely transported to another WADA-accredited laboratory. This is in order to ensure continued high-quality sample analysis, which also helps preserve athletes' confidence in this process and the wider anti-doping system," it stated.

The suspension came into effect from August 20 but NDTL can appeal to Court of Arbitration for Sports (CAS) in Lausanne in the next 21 days.

"Pursuant to Article 13.7 of the World Anti-Doping Code (WADA), the laboratory may appeal this decision to the Court of Arbitration for Sport within 21 days of receipt of notice."

The WADA has instructed NDTL to address all the non-conformities that LabEG identified during their site visit.

with a note of caution.

Sports lawyer Parth Goswami, who specialises in anti-doping answered a few frequently asked questions that cropped up due to this unforseen circumstances.

"NADA can carry out tests but will have to take the samples to another WADA accredited lab outside India may be in Thailand, South Korea, Japan, Qatar or China," Goswami, who has been a critic of NDTL''s efficiency, told PTI.

It will nevertheless be a tricky situation for the Ministry of Youth Affairs and Sports (MYAS), feels Goswami. Recently ministry forced BCCI to come under NADA umbrella after a dogged resistance for a decade.

For BCCI also, its a tricky situation as their earlier collection agency (International Dope Tests and Management (IDTM)) also used to submit the samples to NDTL for testing as its the WADA accredited lab in India.

"This is a tricky situation now for MYAS and NADA. It should ideally go to a lab in Asia. It will be cost effective," said Goswami, as budget needs to be taken into account during an Olympic year when NADA is expected to carry out close to 5000 tests.

"NADA will have to bear the cost. This will be a big burden considering the number of tests NADA conducts," he said.

Goswami is interested in knowing whether NDTL will accept the verdict or appeal in Lausanne court.

"NDTL can appeal this decision to CAS. Let's see if they do it. Or are they willing to accept their fault," he said.