UFC Books May 9 Return In Florida With No Spectators

UFC 249 will be staged at Veterans Memorial Arena in Jacksonville, headlined by an interim lightweight title bout between Tony Ferguson and Justin Gaethje. 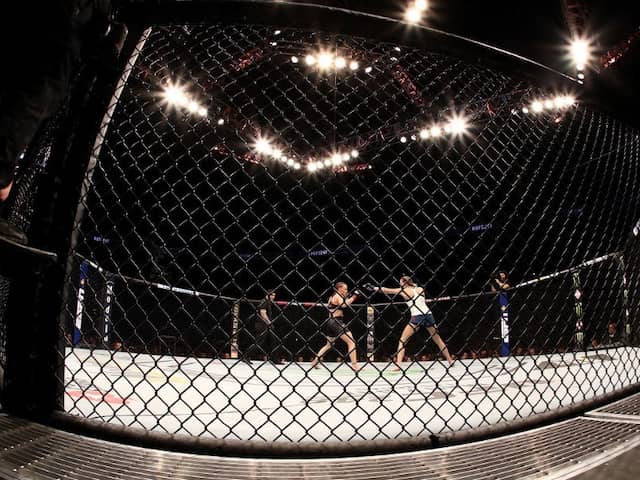 UFC matches will return May 9 with the first of three cards in Jacksonville, Florida.© AFP

Ultimate Fighting Championship (UFC) matches will return May 9 with the first of three cards in Jacksonville, Florida to be staged without spectators, UFC president Dana White announced Friday. Restrictions due to the coronavirus pandemic had prevented UFC 249 from being staged last Saturday, reportedly at a Native American tribal reservation in California. But an executive order from Florida governor Ron DeSantis two weeks ago opened the door to hosting UFC events by declaring essential services status for "employees at a professional sports and media production with a national audience... if the location is closed to the general public."

As a result, UFC 249 will be staged at Veterans Memorial Arena in Jacksonville, headlined by an interim lightweight title bout between Tony Ferguson and Justin Gaethje.

"I can't wait to deliver some great fights for the fans," White said. "My team is ready to go and the fighters are excited to get back in there with these back-to-back events."

Other events will be staged at the same venue May 13 and 16, all closed to the public with only essential production personnel at the arena.

"As we move step-by-step on the path toward economic recovery, we are proud to host these UFC events," said Jacksonville Mayor Lenny Curry, calling the UFC event plan "safe and sensible."