Khabib Nurmagomedov Won't Fight In UFC 249 Due To Coronavirus Pandemic

Lightweight champion Khabib Nurmagomedov was due to have headlined the UFC 249 event in a bout against Tony Ferguson. 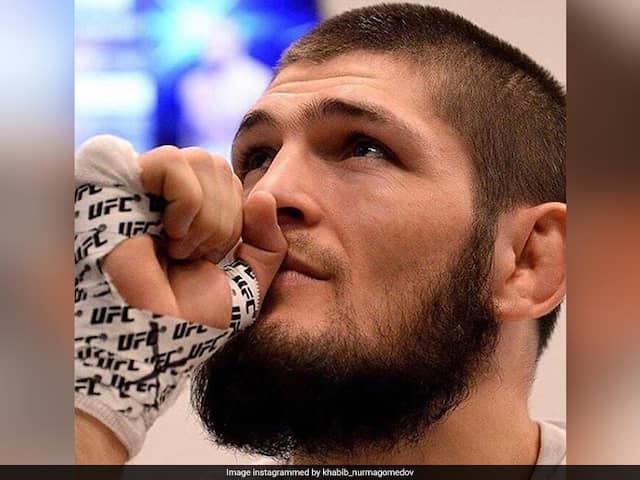 There were reports that the fights were expected to go ahead without fans.© Instagram

Mixed martial arts star Khabib Nurmagomedov said Wednesday he would not take part in a UFC card scheduled for April 18, saying he was not prepared to travel amid the coronavirus pandemic. Lightweight champion Nurmagomedov was due to have headlined the UFC 249 event in a bout against Tony Ferguson but said in a post on Instagram he was not willing to leave Russia for the fight.

"I understand everything and I'm definitely upset more than you to cancel the fight, probably like all others, I had many plans after the fight, but I can't control it all," Nurmagomedov wrote.

The Ultimate Fighting Championship has already postponed three events after officials were unable to find venues to stage bouts amid restrictions put in place to combat the COVID-19 pandemic.

The UFC had still not disclosed a venue for the Khabib-Ferguson fight, but president Dana White has spoken of his determination to organise the card.

Reports have said the fights were expected to go ahead without fans.

White said in an interview last week he wanted the fight to go ahead to try and restore "some normalcy" to US sport, which has been locked down since the coronavirus pandemic erupted.

"I'm gonna try to pull off Tony vs. Khabib on April 18 and try to get some normalcy back into this country," White said.

"I have four or five locations right now. We're getting this deal done."