Union Sports Minister Kiren Rijiju shed light on the importance of making leagues successful in order to ensure viable and fruitful sporting careers for the athletes at all levels. 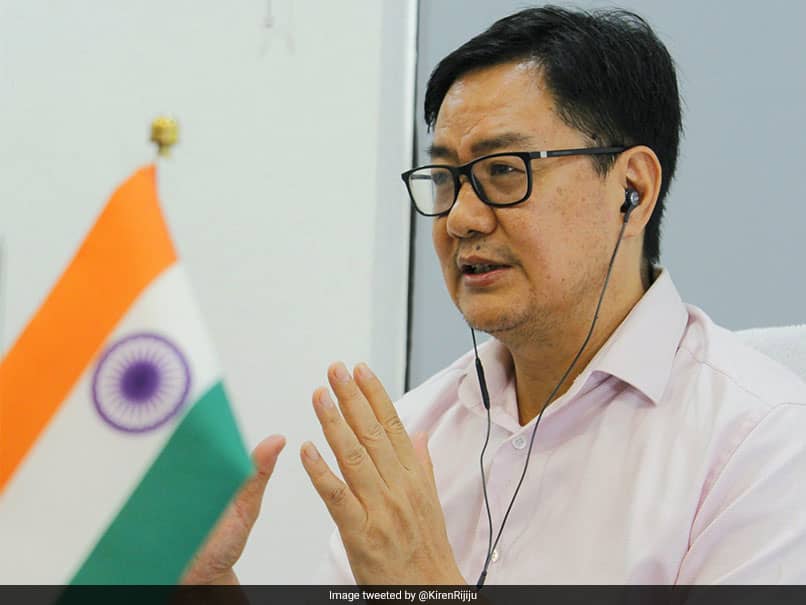 Kiren Rijiju emphasised on the importance of being ''self-reliant'' in the sporting ecosystem.© Twitter

Union Sports Minister Kiren Rijiju on Friday emphasised on the importance of being ''self-reliant'' in the sporting ecosystem, saying that he wants to ensure athletes and coaches ''become stronger after lockdown''. "You have to be empowered to take care of yourself. The country has to be self-reliant. Whenever there are challenges, disasters or catastrophe, we need to ensure we emerge stronger. I have to ensure our athletes and coaches become stronger after lockdown," Rijiju said during Indian table tennis player Mudit Dani's online lockdown chat series 'In The Sportlight'.

The minister shed light on the importance of making leagues successful in order to ensure viable and fruitful sporting careers for the athletes at all levels.

"First of all, sport is a way of life but that is not enough. Sport has to be a career also. Sport has to give you respect, position, earning, comfort and recognition. So for that when you have a flourishing league system in the country -- whether it is national or state level, it has to be successful. To make the leagues successful, it has to be commercially viable and successful too," he said.

"That is why I am encouraging lots of leagues like our Indian Super League (Football) and Indian Premier League (Cricket). Ultimate Table Tennis is also growing very well. I see great prospects for UTT. We now have a boxing league and wrestling league too (among others)," Rijiju added.

Rijiju also expressed his desire of making India a top country in the Olympic medals tally. Stressing on the great cooperation from various stakeholders including IOA and National Sports Federations, the Sports Minister wants to make India one of the top-ten medal-winning countries by 2028 Olympics.

"Although we have achieved some success in hockey and a few individual sports, we have not been able to make any successful impact in Olympic history. I am talking about creating a sporting culture in India. In days to come, I want to ensure that not only our participation but our success rate also soars," Rijiju said.

Twenty-year-old Mudit Dani, who clinched his first senior international medal at the US Open last year, started the lockdown online Instagram chat series with the sole purpose of delivering inspiration to other young athletes and fans.

"Earlier during the lockdown, we athletes had no clue how things would pan out and that was quite depressing sometimes. So, I came up with a thought of how I can help athletes and fans in these trying times of lockdown with some motivation. I decided to come up with a show. I am glad to see a good response. There are a number of junior and senior athletes who follow the show and have been advising on various facets including possible guests," said Mudit on the sidelines of his chat with Rijiju.