Coronavirus: Kiren Rijiju Feels Sports Events Will Return In Country In Next Couple Of Months

Union Sports Minister Kiren Rijiju said that the government wants not just the top but all athletes to resume training as soon as possible. 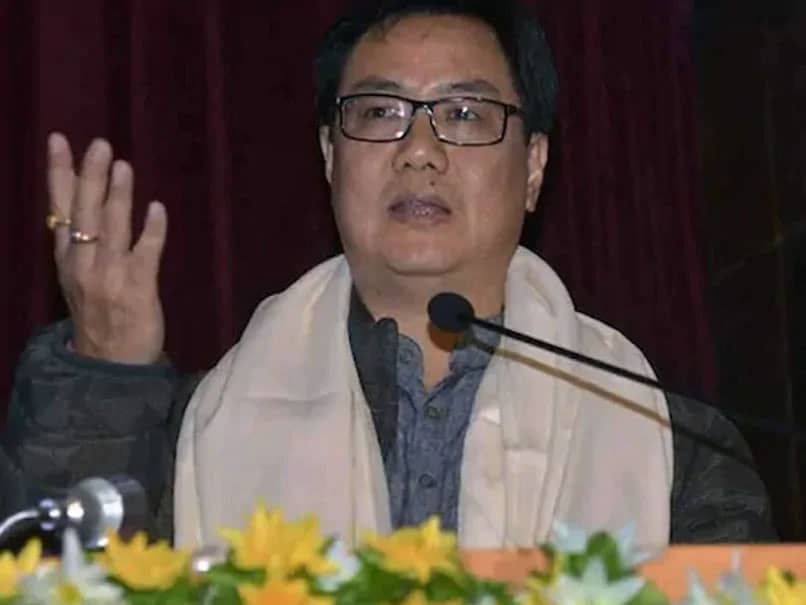 Union Sports Minister Kiren Rijiju on Sunday said the country should be ready to host some of the sporting events in a couple of months and the government wants not just the top but all athletes to resume training as soon as possible. The Sports Authority of India has already drawn up the Standard Operating Procedure regarding resuming sporting activities. "I want the sporting activity to begin as soon as possible. I'm hoping that in next couple of months' time we should be ready with at least some of the events," Rijiju said during an Instagram chat with Indian table tennis star Manika Batra.

But Rijiju said their main priority remains health and safety of the athletes.

"Keeping that in mind, I'm very much in support of creating a better atmosphere to start the sporting events as soon as possible. This pandemic has created a big obstacle for us."

Rijiju said sport is a huge employment-generated industry and he wants it to flourish.

"Lakhs of people are associated with sport, with manufacturing, organising events, league... Commercially sport is a big industry."

"I'm trying my best to ensure that not only the top athletes but all the players get back to the field. I will try to start as soon as possible.

"I've already given permission for resumption of practice and training sessions but it will take some more time to have the competitive games."

Rijiju further spoke about his mission 2028 Olympics and hoped that India would be in top 10 in Los Angeles.

"The 2024 Games is mid-term goal but the long term is 2028. When I became sports minister I had very limited talents, potential Olympic medalists.

"In 2024, we will have a potential team which can get us maximum medals. But in 2028 I've made my mind very clear we have to be in top-10. And I'm not saying just like that. Our preparation has started.

"Junior athletes are our future champions, we have started our preparation in a solid way. We will see results in 2024 and will make rapid progress. But mark my words, India will be in top-10 in 2028. We are creating a conducive atmosphere, support staff towards that," he added.

Rijiju said he has already laid the foundation of it by supporting junior athletes programmes.

Rijiju said even during the lockdown they have cleared all the dues of the athletes.

"We have not stopped the stipends. We have released the money for all the junior athletes too. We have cleared all of them and not a penny is pending."