Kiren Rijiju said that with the right policies, India can aim at a top 10 finish in the medals tally of the 2028 Olympics. 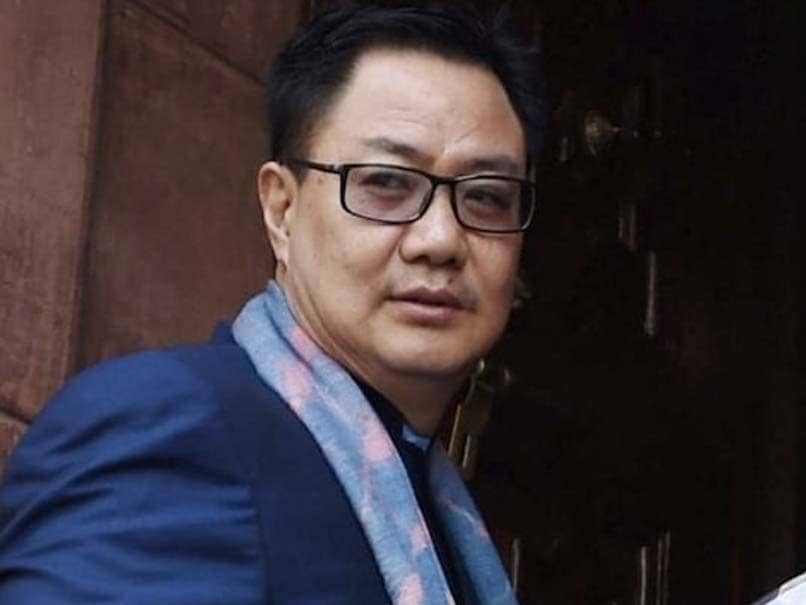 Kiren Rijiju said that talent scouting for the 2028 Olympics has already begun.© PTI

Sports Minister Kiren Rijiju on Wednesday feels finishing among top 10 countries in the medals tally of 2028 Olympics is definitely "ambitious but not impossible" and the government has already initiated efforts to realise the goal. Rijiju said talent scouting for 2028 Olympics has already begun and the process will get further boost once the nationwide coronavirus-forced lockdown is lifted. "We have set ourselves a goal of having India in the top 10 countries in the Olympic 2028 medals tally. It is an ambitious goal, but not impossible," said the Sports Minister while addressing an online knowledge enhancement session of table tennis coaches.

"We have already started scouting for young talent and after the COVID-19 pandemic is over, the government will form specialised squads for each sporting discipline consisting of present and veteran coaches and athletes."

"These teams will travel to every district of the country to scout for raw talent. We still have 8 years to prepare for 2028 and I am confident with the correct policies, India can feature in the list of top 10 countries," he insisted.

Massimo, who has been India's national coach in two phases, is credited for the country's big medal hauls in the 2018 Commonwealth Games and Asian Games.

He said the time was right to strengthen and popularise the game in India, especially with 27 Indian paddlers currently in top 100 and 17 of them in top 50 in the world rankings.

"Table Tennis needs very limited infrastructure and it can be played by youngsters in any part of the country."

"I really see a lot of potential in this sport and government policies are being framed to create more infrastructure and training facilities for table tennis at the district, state and national level."

"Given the standard of the game in India right now, I feel that by 2028, we should be able to clinch some medals in TT at the Olympics," he said.

The Sports Minister said it is important to organise more leagues in table tennis at the district, state and national levels to popularise the game and motivate more youngsters to take it up.

"I attended the Ultimate Table Tennis league last year and feel that leagues of this kind can help to make the sport popular and also commercialise it," he said.

"It is important for corporates to show interest in creating such leagues in table tennis and in all sports so that with corporate funding and government patronage, the sporting ecosystem in the country becomes more robust," Rijiju signed off.

Comments
Topics mentioned in this article
Other Sports Table Tennis
Get the latest updates on IPL 2021, IPL Points Table , IPL Schedule 2021 , live score . Like us on Facebook or follow us on Twitter for more sports updates. You can also download the NDTV Cricket app for Android or iOS.