The World Curling Federation also said it was aware of the situation, following Russian reports which named a Russian curler. 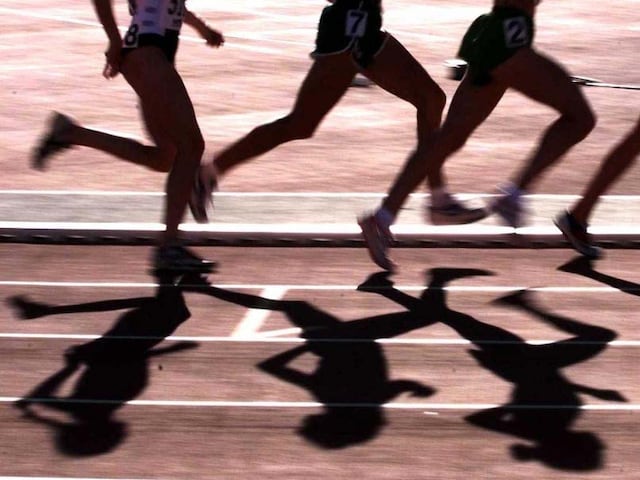 Russia was banned from the Olympics after the emergence of doping. (Representative Image)© AFP

A Russian Olympic curler has been implicated in a doping case, sources told AFP on Sunday, in a potential setback as the country battles to recover from a major scandal which triggered its ban from the Pyeongchang Winter Games. A source close to the matter said the case involved meldonium -- the same substance that saw Maria Sharapova banned. The World Curling Federation also said it was aware of the situation, following Russian reports which named a Russian curler. Russia was banned from the Olympics after the emergence of systemic doping. But the International Olympic Committee is considering lifting the ban before the Pyeongchang closing ceremony on February 26.

A fresh doping case would be deeply embarrassing for Russia, which has 168 athletes deemed clean competing in Pyeongchang as neutral Olympic Athletes from Russia. "Today the headquarters of our delegation received an official notice from the IOC regarding a possible violation of anti-doping rules," Konstantin Vybornov, spokesman for the Russian team, was quoted as saying earlier on Sunday.

"We are not naming the athlete or the discipline until the B-sample results, which are expected within approximately 24 hours," he said, according to Russian media.

If the case is confirmed, it will come before the Court of Arbitration for Sport, which is handling doping matters at the Olympics and has an ad hoc division in Pyeongchang.

It would also be considered by the panel which will ponder whether to end Russia's ban as early as next week, the IOC said.

"On the one hand, it is extremely disappointing when prohibited substances might have been used, but on the other hand, it shows the effectiveness of the anti-doping system at the Games, which protects the rights of all clean athletes," an IOC statement said.

The IOC suspended Russia in December after revelations of a widespread and highly orchestrated doping conspiracy, which first emerged before the Rio 2016 Summer Games.

Investigations found that the doping plot, straddling several years, culminated when Russia hosted the Sochi 2014 Winter Olympics, where they topped the medals table.

Russian athletes in Pyeongchang are under strict instructions to honour the "letter and spirit" of guidelines governing their participation, including not waving the Russian flag or wearing its colours.

The IOC panel is due to consider how well the Russian team has observed the guidelines before making a recommendation on whether to lift the ban.

Meldonium was added to the World Anti-Doping Agency's list of banned substances in 2016. Russian tennis player Sharapova, a former world number one, served a 15-month ban after testing positive for meldonium early that year. Russian short-track speed skater Semen Elistratov, who won bronze in the men's 1,500m in Pyeongchang, served a brief ban for the same substance in 2016.

Richard Budgett, medical director for the International Olympic Committee, said it seemed that Elistratov took the drug before it was banned.

"Because of the way it's metabolised, it can stay in the system for many, many months, even nine months after it had been taken," Budgett told journalists last week.

He added: "We have to be realistic -- meldonium was used in a widespread way throughout Eastern Europe and Russia and was considered to be a tonic, a type of cardiac stimulant that was not prohibited.

"But of course, quite rightly it was then prohibited and because it was such widespread use there were a large number of cases."