No Winter Olympics For Russians Who Had Life Bans Lifted, Says IOC

The IOC has barred Russia from the Pyeongchang Olympics, which open on Friday, over a widespread doping conspiracy. 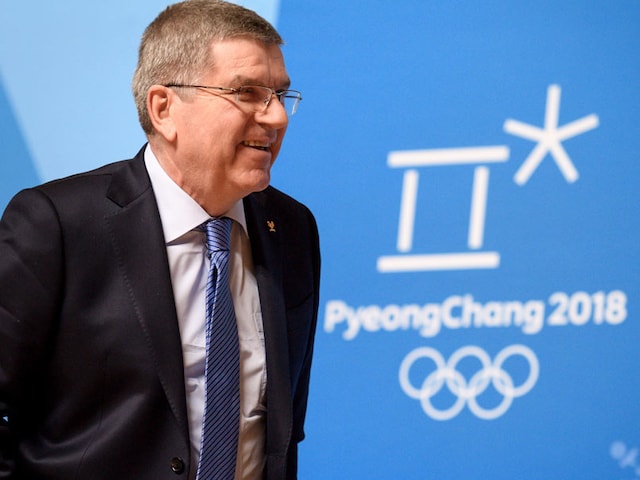 The International Olympic Committee on Monday said the fifteen Russian athletes and staff who controversially had their life bans for doping lifted last week will not be invited to the Pyeongchang Winter Olympics. The decision was taken after a special panel "unanimously recommended that the IOC not extend an invitation to the Olympic Winter Games Pyeongchang 2018 to the 15 individuals", a statement said.

"The OAR IG (Olympic Athlete from Russia Implementation Group) confirmed that no additional invitations will be extended to these 15 individuals," the IOC said.

The 15 were among a group of 28 Russians who had been banned for life from the Olympics for doping, but whose suspensions were overturned at the Court of Arbitration for Sport on Thursday. They included 13 athletes and two ex-athletes now working as support staff. The other members of the 28 have either retired or are unavailable for undisclosed reasons.

The IOC has barred Russia from the Pyeongchang Olympics, which open on Friday, over a widespread doping conspiracy. But 169 Russians who have passed strict anti-doping protocols will compete under a neutral flag. The IOC announcement comes after the body's president, Thomas Bach, slammed the CAS decision as "extremely disappointing and surprising" and called for reforms to the independent sports tribunal.

"We have some concerns about the quality of this decision," Bach told reporters on Sunday, questioning why the court didn't take into into account the "systemic manipulation of the anti-doping system in Russia".

The World Anti-Doping Agency has also expressed "serious concern" over the decision by CAS, which said it had insufficient evidence to leave the bans in place.

Australia's John Coates, president of the court's governing body, said the tribunal would "thoroughly examine" the concerns raised by Bach and would issue details of the decisions as soon as possible.

"Athletes are entitled to have confidence in judicial processes at all levels, more particularly before the CAS," Coates said in a statement.

The IOC's Invitation Review Panel, which looked into the cases of the Russians, said it had "additional information" including data from a leaked database which showed "traces of prohibited substances (and) evidence of steroid profile manipulation".

"The panel agreed that the decision of the CAS had not lifted the suspicion of doping or given the panel sufficient confidence to recommend to the OAR IG that those 13 athletes could be considered as clean," the IOC said.

It is the second successive Olympics where the IOC has been embroiled in problems involving Russian doping, after accusations of systemic drug cheating blew up just before Rio 2016.

Russia topped the medals table when it hosted the Sochi 2014 Winter Olympics. But it later emerged that dirty samples involving its athletes were switched using a "mousehole" in the anti-doping laboratory's wall.

At Rio, the IOC stopped short of banning Russia and instead left the decision on their participation up to individual sports federations, creating some confusion in the build-up to the Games.

Bach also heavily criticised WADA at the time and called for its reform, complaining about the timing of the anti-doping body's report into Russia's drugs conspiracy.