According to reports, Patrick Mahomes' 10-year contract extension makes him the highest-paid player in US team sports history. 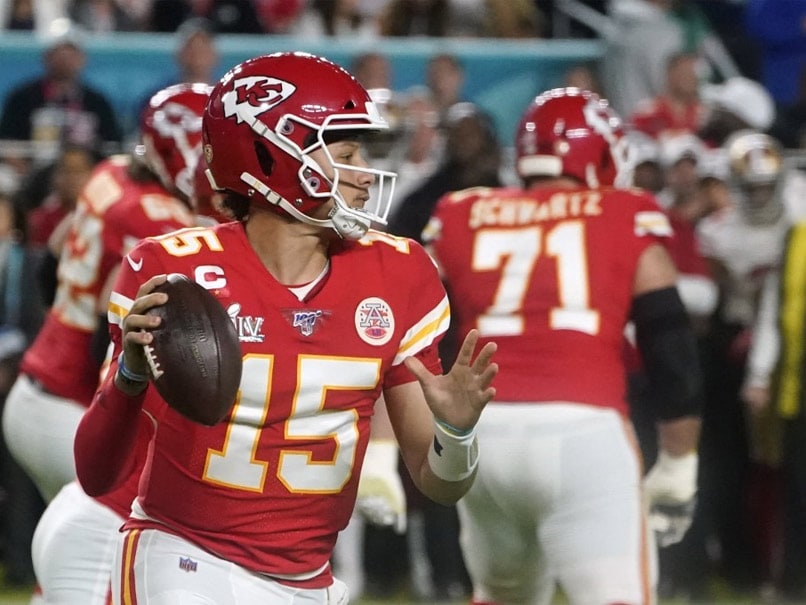 The deal will keep Patrick Mahomes in Kansas City through the 2031 campaign and includes no-trade clause.© AFP

Patrick Mahomes, who quarterbacked the Kansas City Chiefs to a Super Bowl title in February, inked a 10-year contract extension, the team confirmed Monday, amid reports the deal makes him the highest-paid player in US team sports history. "We have signed QB Patrick Mahomes to a 10-year extension," the Chiefs tweeted on Monday. "Mahomes secured with Chiefs for the next 12 seasons." Chiefs chairman and chief executive Clark Hunt elaborated in a statement, calling the signing "a significant moment" for the club. "Since he joined the Chiefs just a few years ago, Patrick has developed into one of the most prolific athletes in all of sports," Hunt said.

"With his dynamic play and infectious personality, he is one of the most recognized and beloved figures to put on the Chiefs uniform. He's an extraordinary leader and a credit to the Kansas City community, and I'm delighted that he will be a member of the Chiefs for many years to come."

ESPN reported the extension was worth $450 million, but Mahomes' agency, Steinberg Sports, tweeted that the deal could fetch him as much as $503 million over the total term.

It will keep Mahomes in Kansas City through the 2031 campaign and includes a no-trade clause.

Mahomes completed 319 of 484 passes for 4,031 yards and 26 touchdowns last season after tossing a league-high 50 touchdowns and earning NFL Most Valuable Player honors in 2018.

In Super Bowl 54 at Miami in February, Mahomes completed 26 of 42 passes for 286 yards and two touchdowns while rushing for 29 yards and another touchdown to power the Chiefs over the San Francisco 49ers, 31-20.