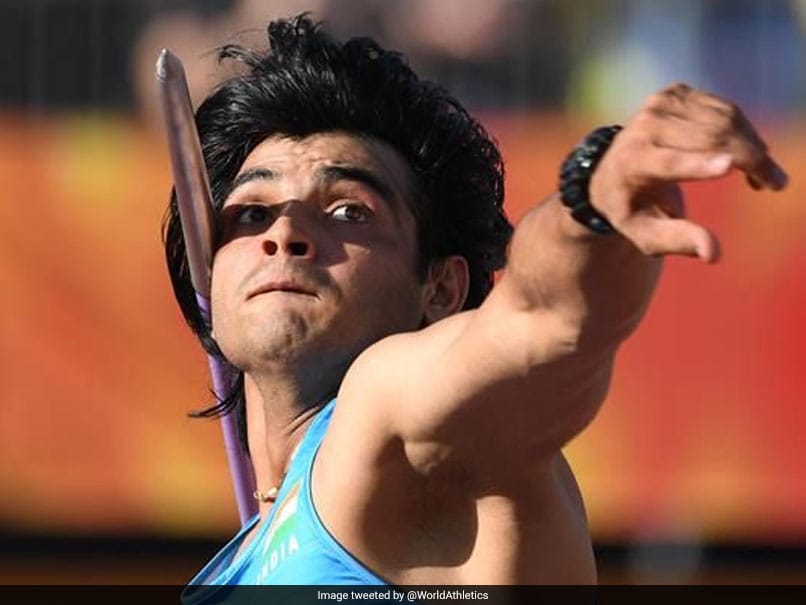 Neeraj Chopra shattered his own national record at the Indian Grand Prix on Friday.© World Athletics/Twitter

Olympic-bound star javelin thrower Neeraj Chopra smashed his own national record with a throw of 88.07m, which is also the best of the year so far, in a sensational return to action during the third Indian Grand Prix meet in Patiala on Friday. Competing for the first time in more than a year after the COVID-19 pandemic wiped out the whole of 2020 calendar, Chopra hurled the spear to a distance of 88.07m in his fifth attempt to obliterate his earlier national record of 88.06m, sealed during the gold-winning effort at the 2018 Asian Games.

In his first competitive event in more than a year, #TOPSAthlete javelin thrower @neeraj_chopra1 records a throw of 88.07m at the Indian Grand Prix-3. With this he also sets a national record surpassing his own record of 88.06m.
* This is subject to ratification. pic.twitter.com/O8TMXeqBTL

The 24-year-old Chopra opened the competition with an effort of 83.03m before having two foul throws. After a fourth throw of 83.36m, Chopra sent the javelin to 88.07m amid loud cheers from a sizeable audience at the NIS Patiala. His final throw was 82.24m.

"I was prepared and today it was windy. I used my favourite javelin which helped me. Pandemic did affect training and preparation but we managed to hold on," said Chopra who is also the 2018 Commonwealth Games gold medallist.

"On the world level I would need to perform even better as current standard in the world is quite high."

Chopra qualified for the upcoming Tokyo Olympics in January last year in an event in South Africa during his training stint in that country.

That was also the last competition he had taken part before Friday. Chopra, who was representing Haryana in the IGP, had said that he will also take part in the Federation Cup National Championships to be held in Patiala from March 15-18.

Another Olympic-bound javelin thrower, Shivpal Singh of Uttar Pradesh, was second with a best throw of 81.63m while Sahil Silwal, representing Haryana, was third with a best effort of 80.65m.

The Tokyo Olympics qualification mark in men's javelin is 85m.