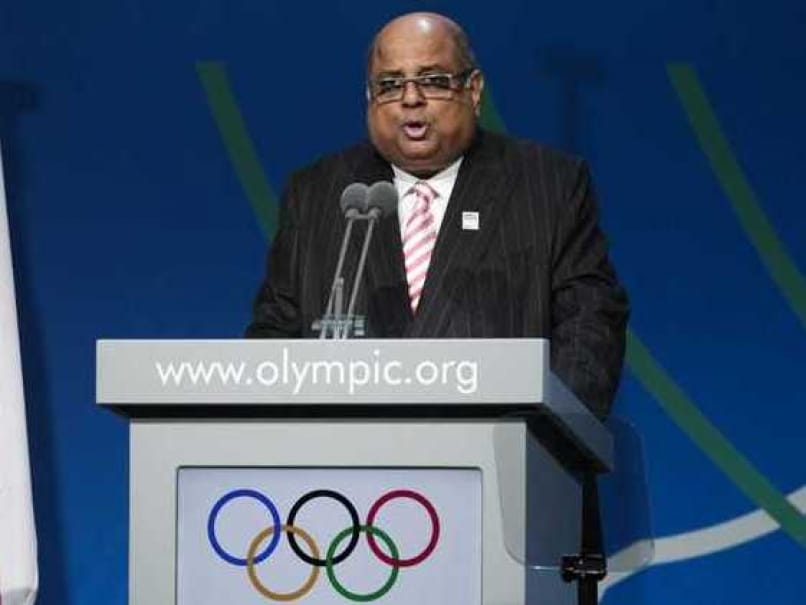 N Ramachandran said he would consult with OCA and IOC before speaking to the government.© AFP

Reacting to the government's suspension of the deemed recognition granted to the Indian Olynpic Association (IOA), IOA President N Ramachandran said on Saturday that he would speak to the government after consulting with International Olympic Committee (IOC) and Olympic Council of Asia (OCA).

The Sports Ministry had taken the move on Saturday in reaction to the appointments of scam-tainted Suresh Kalmadi and Abhay Singh Chautala as life presidents of IOA.

"I am away in New Zealand, on  a personal issue relating to my family. I understand that the government has suspended the Indian Olympic Association due to  the conferment of the life time presidency to Mr. Suresh Kalmadi and to Mr. Abhay Singh Chautala," Ramachandran said in a statement.

"The IOA is a body that has to function under the guidance and supervision of OCA and IOC. On my return in the New Year I shall discuss this issue with the OCA/IOC after their offices open in the new year for their guidance and advice, and thereafter take this up with the government to see how this issue can be resolved," the veteran administrator added.

The government took the firm decision to suspend IOA after it failed to reply to its show cause notice within the stipulated December 30 deadline.

Kalmadi spent nine months in jail after allegations, stemming from the 2010 Commonwealth Games in Delhi. He was released on bail pending an appeal to Delhi High Court and has denied any wrongdoing.

Chautala is also facing unrelated corruption charges in an ongoing court case. He has also denied the allegations.

Following the suspension, the IOA will cease to enjoy the privileges and prerogatives bestowed on it by the government as the National Olympic Committee (NOC).

The International Olympic Committee on Saturday said it will assess the IOA's controversial move to make corruption-tainted Kalmadi and Chautala life presidents even as the Indian body decided to approach it on the issue of suspension by the government.

Asked if the IOC plans to take action on IOA for elevating Kalmadi and Chautala as life presidents, IOC Media Relations Manager Michael Noyelle told PTI in a written reply that it will first get in touch with the NOC of India.

"The IOC will be in touch with the NOC of India in due course to assess the situation," the IOC official said.

The IOC headquarters are currently closed for their annual break.