Abhay Chautala, in a long press release, began by thanking the IOA for honouring him and concluded by saying that he would be pleased to relinquish the post if the International Olympic Committee (IOC) was not happy with IOAs decision. 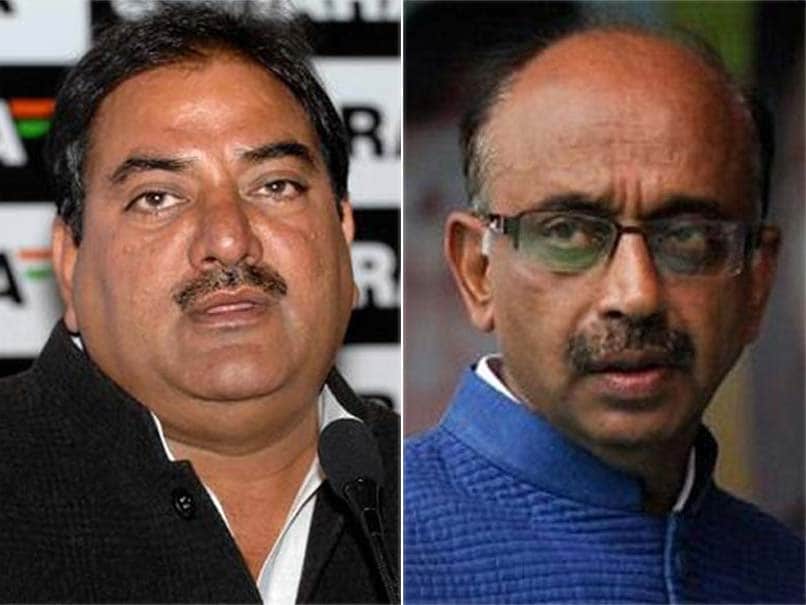 A day after Suresh Kalmadi refused to accept the honorary post on Wednesday, Abhay Singh Chautala too offered to sacrifice the post of Indian Olympic Association lifetime president, to which he had been appointed at the IOA’s AGM on Tuesday.

Chautala, in a long press release, began by thanking the IOA for honouring him and concluded by saying that he would be pleased to relinquish the post if the International Olympic Committee (IOC) was not happy with IOA’s decision.

"….if IOC is not favourably inclined to my taking over as Honorary Life President after the (IOA) President has had an opportunity of discussing this matter personally with IOC….. I will be pleased to sacrifice my position, once again, in the best interest of Indian Sports, Sportspersons, Good Governance, Transparency and Cleanliness in India Sports," he said.

Kalmadi and Chautala, both politicians charged with corruption, were appointed as Life Presidents on Tuesday evening, leading to major controversy with the Sports Ministry warning that it will sever ties with the association unless they are removed.

The IOA has defended the appointment saying it is "constitutionally a legitimate decision" and also emphasising that these are "honorary posts" and no executive authority will be given to Kalmadi and Chautala.

However, after much furore, Kalmadi turned down the offer on Wednesday morning that had put much more pressure on Chautala to resign from the post.

Chautala on Thursday took another pot shot at Sports Minister Vijay Goel in his release.

“I am surprised at the reaction of the Minister of Sports Shri Vijay Goel and the media attention which was given to this ceremonial recognition of my humble contribution to sports and the sacrifice I have made in 2013 by resigning from the post of President,” Chautala said. “Although I was elected President in accordance with IOA Constitution, Indian Constitution and in a most transparent manner in an election conducted by three eminent Judges.”

“Even my presence to witness the Rio Olympics has been questioned. I am personally aware of the conduct of the Minister of Sports at Rio Olympics where IOC had questioned the behavior of the Minister and his Associates and threatened to withdraw his accreditation. I do not wish to dwell more on this subject as I do not want to embarrass the Minister as well as the Sports Movement in India. If necessary, I will brief the Hon’ble Prime Minister on this issue of Rio Olympics,” Chautala further added.