India's sporting stars praised the Indian Air Force after the air-strike across the Line of Control. 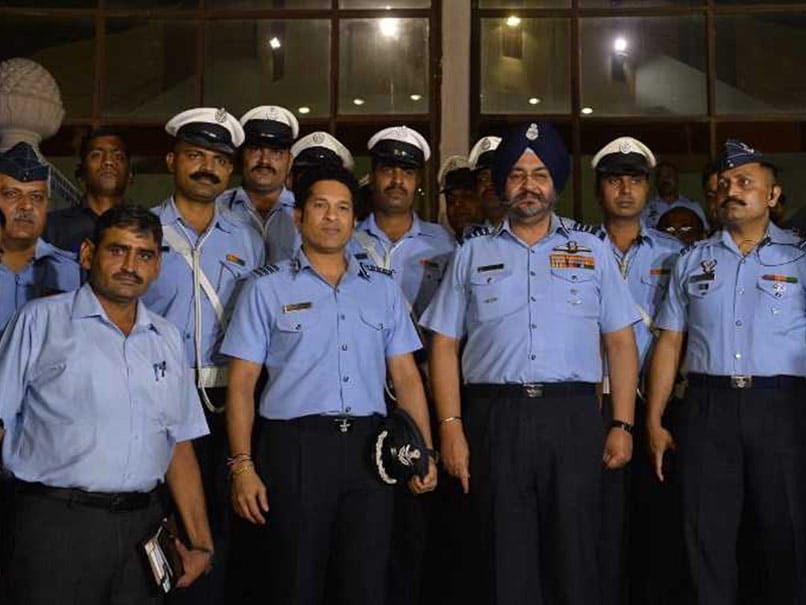 Sachin Tendulkar saluted the IAF, saying "our niceness should never be comprehended as our weakness".© AFP

India carried out "non-military, pre-emptive air strikes" across the Line of Control early this morning to target the terror group Jaish-e-Mohammed. Twelve Mirage 2000 fighter jets dropped 1,000 kg bombs on the camp at Balakot. Following the news, sports pensonalties including Sachin Tendulkar, Gautam Gambhir, Mahesh Bhupathi, Saina Nehwal and others took to Twitter to praise the Indian Air Force (IAF) for the pre-dawn air strikes, which took place nearly two weeks after 40 soldiers were killed in a terror attack in Jammu and Kashmir's Pulwama on February 14.

Our niceness should never be comprehended as our weakness.
I salute the IAF, Jai Hind

Saluting the #IndianAirForce fighters for their valor, courage and timely action.https://t.co/CNPmH28mnz

My salute to #IAF for showing great courage in the face of adversity. A fitting reply to cowardice! #JaiHind ????

Bravo to the #IndianAirForce! They have sent a much needed message against terror. We are proud of you. Jai Hind!

Hats off to the #IndianAirForce for their strike against terror. Every Indian is proud of you! Jai Hind!#IndiaStrikesBack

India struck the biggest camp of the Jaish-e-Mohammed and a "very large number" of terrorists were eliminated, said Foreign Secretary Vijay Gokhale.

"There was very credible intelligence info that JeM (Jaish-e-Mohammed) was planning to carry out terror strikes across India, thereby making this strike absolutely necessary. It was a non-military, pre-emptive strike. India has decided to take action against any terror threat to it," the Foreign Secretary said.

"Credible intelligence was received that Jaish-e-Mohammed was attempting another suicide terror attack in various parts of the country and fidayeen jihadis (suicide bombers) were being trained for this purpose," the Foreign Secretary said.

On the sporting front, the Indian cricket team observed a two-minute silence ahead of the first Twenty20 International (T20I) between India and Australia on Sunday to honour the soldiers who died in Pulwama terror attack.

There has also been a lot of talk surrounding India vs Pakistan World Cup 2019 match. Many fans and former cricketers are of the opinion that India should boycott Pakistan in the World Cup.

Speaking on the issue India skipper Virat Kohli, on Saturday, had said that he and his team will completely stand by whatever decision the government and the Board of Control for Cricket in India (BCCI) take in regards to playing Pakistan.

Ajinkya Rahane Saina Nehwal Kidambi Srikanth Mahesh Bhupathi
Get the latest updates on Fifa Worldcup 2022 and check out  Fifa World Cup Schedule, Stats and Live Cricket Score. Like us on Facebook or follow us on Twitter for more sports updates. You can also download the NDTV Cricket app for Android or iOS.