All Individuals Incomplete In Their Own Way, Says Shah Rukh Khan To Paralympic Contingent 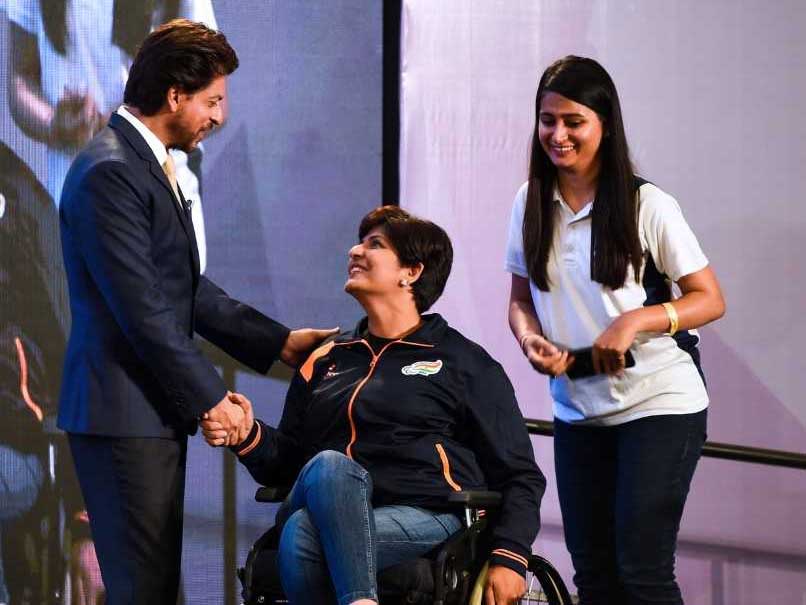 Bollywood star Shah Rukh Khan on Wednesday said all individuals are "incomplete" in their own way despite any amount of "power and stardom" as he wished the Indian Paralympic Contingent for the Asian Para Games 2018 at their send-off ceremony. The 52-year-old actor, who was in the capital, said people have to battle with their weaknesses to "fulfil their incompleteness". "We all are incomplete in one way or the other. Sometimes in the physical sense, sometimes we are unable to grow mentally... Even emotionally, there are some shortcomings in each one of us. It is said that God has made us 'like' him but not 'as' him. "He sent us into the world so that we fight our disabilities and go on to complete our lives. Job, financial stability, stardom and power do not complete us. We have to fight our shortcomings to fulfil our incompleteness," Shah Rukh told the athletes.

The actor lauded them, saying they could have pursued any other profession to make a name but they chose sports, "a field which actually makes you feel that you have to overcome all your incapacities, insecurities, smallness and weaknesses and aim for the impossible".

Shah Rukh, whose childhood dream was to become a sportsman, revealed that he suffered an injury in his waist as a kid.

"At that time, there were not as many medical facilities as there are today. And we weren't well off that we could afford to go to expensive doctors. But my parents were by my side and used to encourage me a lot saying if one door closes, another one will open."

Shah Rukh recalled feeling low last month around Independence Day. He said watching Paralympian Deepa Malik's interview was like a shot in his arm and he felt the same encouragement as he did when his parents were by his side.

"I have undergone nine surgeries till date - in the spine, shoulders and the knees, etc. There are some mornings when I'm in pain. "There's a joke in the industry that I spend a lot of time in the bathroom. They don't know I have to start my day with a bit of stretching and lots of medicines and then get up and get going to work."

The actor said he was not invited to the ceremony but came himself for a "selfish reason".    "I am here so that I can snatch that confidence they have... I want to warn the film stars and other people in the industry that you all have made me more hale and hearty for the coming 25 years," he quipped.

"I want that all the youngster, including my three children, learn from you guys about the importance of sports. And not because you earn gold medal and win in sports but because it is very important for one's personal well-being. Through you guys, I want to tell people that the word 'impossible' holds no significance," he said.

As words of encouragement, Shah Rukh told the athletes that whenever they win at the Asian Para Games the "medals would be lucky to have you and not the other way around."    Deepa Malik along with others expressed their desire to name the actor the official brand ambassador of the para-athletes, to which he said it would be an honour.

Also present at the event were President, PCI, Rao Inderjit Singh and Paralympic medallists Devendra Jhajharia, Mariappan Thangavelu and Varun Bhati, among others.