Tokyo Olympics: Dutch tennis player Jean-Julien Rojer has been tested positive for COVID-19 that forced him to withdraw from the Tokyo Olympics. 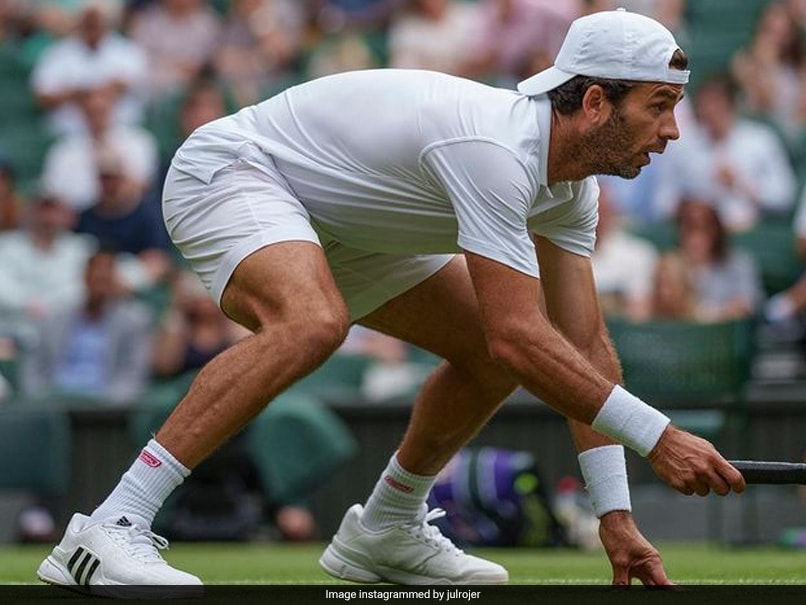 Jean-Julien Rojer out of Olympics after testing positive for COVID-19.© Instagram

Dutch tennis player Jean-Julien Rojer was forced to withdraw from the Olympics after testing positive for COVID-19 even as the organisers announced 16 new infections at the ongoing Games here on Monday. Rojer and his doubles partner Wesley Koolhof, who were scheduled to play Marcus Daniell and Michael Venus of New Zealand, pulled out of their second-round match on Monday following Rojer's positive test result. "The ITF has been informed that the athlete Jean-Julien Rojer of the Netherlands Olympic Committee and Netherlands Sports Federation has tested positive for COVID-19 and placed in isolation as per the set procedures," the tennis governing body said in a statement.

"Rojer and his partner Wesley Koolhof have been withdrawn from the men's doubles event, and their opponents Marcus Daniell and Michael Venus of New Zealand receive a walkover into quarterfinals. We wish Jean-Julien a speedy recovery."

The number of confirmed COVID-19 cases in the Dutch delegation thus swelled to six.

Earlier, the organisers, in their daily COVID-19 update, announced that three athletes, four contractors, eight Games-concerned personnel and one Games employee have been found to be COVID positive, taking the number to 148.

All the three athletes are not residents of the Olympic Village, which has reported 16 cases since it was opened. One Games-connected personnel and a contractor are residents of Japan in the fresh additions.

The contingents that have been hit by COVID-19 after landing in Tokyo include Czech republic, the USA, Chile, South Africa and the Netherlands among others.

Of these, the Czech Republic is inquiring into possible health safety protocol violations by its contingent after four athletes tested positive for the virus, forcing withdrawals from beach volleyball and road cycling events.

On Monday, the organisers urged the media covering the Games to adhere to COVID-19 protocols, saying that they have been "made aware of incidents of alleged non-compliance".

They warned of "disciplinary consequences" for violating laid down rules on health safety precautions.

Comments
Topics mentioned in this article
Olympics 2020 Tennis Olympics
Get the latest updates on IPL 2021, check out the IPL 2021 Schedule and Indian Premier League Live Score . Like us on Facebook or follow us on Twitter for more sports updates. You can also download the NDTV Cricket app for Android or iOS.