Tokyo Games: Kohei Uchimura is one of the best male gymnasts in history, with three Olympic gold medals and 10 world titles to his name. 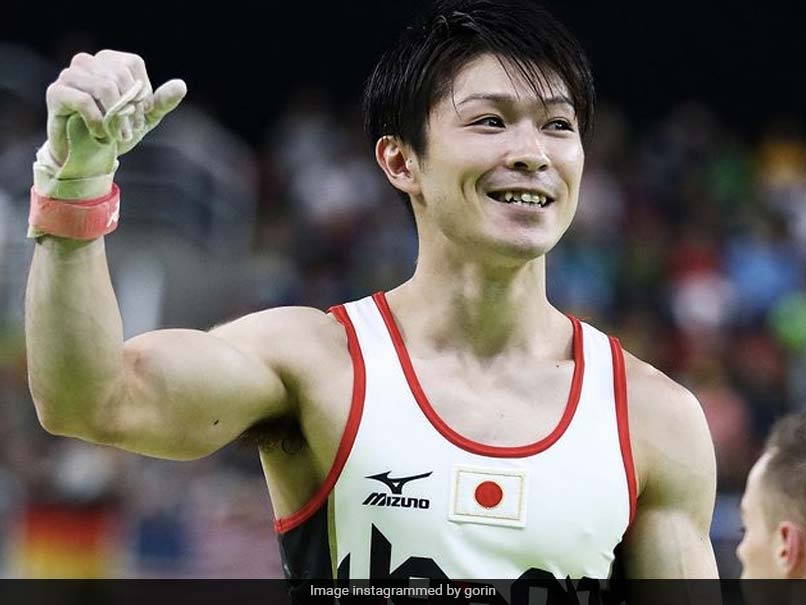 Japanese gymnastics superstar Kohei Uchimura reflected on an "amazing" achievement after qualifying for his fourth Olympics on Sunday, but admitted he was "lucky" to scrape home after a late wobble. The 32-year-old opted not to defend the all-around titles he won in 2012 and 2016 at the pandemic-postponed Tokyo Games because of shoulder pain, deciding instead to focus on the horizontal bar. But he had to work hard to earn his place after a marathon qualifying process went right down to the wire.

Uchimura squeaked home ahead of rival Hidenobu Yonekura on points accumulated over three competitions, but faced a nervous wait after a shaky performance on Sunday.

"When I landed after my routine, I thought I wouldn't be going to the Olympics," said Uchimura, who became the first male gymnast to win back-to-back all-around titles in 44 years at the Rio Games.

"When I was told I was going, I wasn't so much happy as wondering if it was alright for me to go. I went over to Yonekura when it was finished and told him I was sorry."

The man known as "King Kohei" said he wasn't worthy of the nickname "based on today's performance", but mellowed after taking in the scale of his achievement.

"I didn't think I would get to four Olympics," said Uchimura, who also won team gold with Japan in Rio.

"It's something I can't even take in myself. It's amazing, when you look at it objectively."

He gave a stunning performance on Saturday to reach the competition final with a world-record 15.766 points.

But an uncharacteristically loose showing on Sunday let Yonekura back into the picture, only for Uchimura to claim the Japanese team's sole specialist spot at the death.

Uchimura thanked Yonekura for "putting great pressure" on him, and vowed to double down on practice before the Games.

"If I had given a perfect performance here, it would have been difficult to top that at the Olympics," he said.

"It's better to have made some mistakes, to make you more determined to train for the Olympics."

Uchimura is one of the best male gymnasts in history, with three Olympic gold medals and 10 world titles to his name.

But Japan will have to do without him as they look to retain their team gold in Tokyo.

Uchimura said he felt like "an ancient fossil" as he performed after his younger teammates on Sunday, but he vowed to help them on and off the mat in Tokyo.

"I'm not competing in the team event, but I feel I have to use my experience in different ways," he said. "I think I can play a part beyond the actual competition."

Takeru Kitazono, who claimed a place in the team event for Japan, said it was "a dream" to be heading to the Games with a living legend.

"My goal has always been to go to an Olympics with Uchimura," he said.

Comments
Topics mentioned in this article
Olympics
Get the latest updates on IPL 2021, IPL Points Table , IPL Schedule 2021 , live score . Like us on Facebook or follow us on Twitter for more sports updates. You can also download the NDTV Cricket app for Android or iOS.