Kohei Uchimura led Japan to their first world team title in 37 years on Wednesday when he also broke the 90-point barrier. 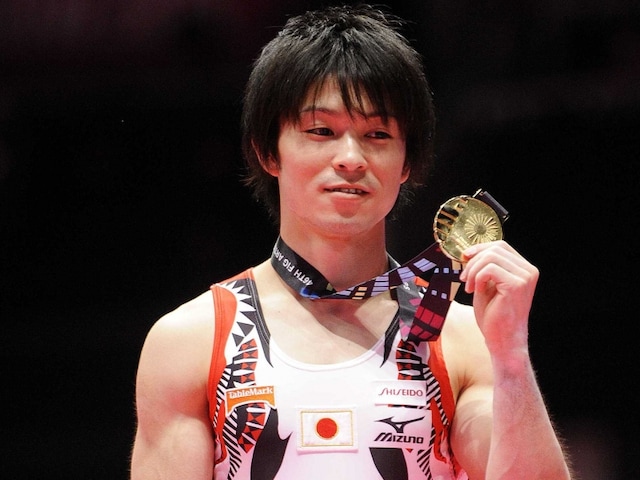 Kohei Uchimura with his gold medal at the World Gymnastics Championship in Glasgow.© AFP
Glasgow:

Uchimura led Japan to their first world team title in 37 years on Wednesday when he also broke the 90-point barrier. He has collected 18 medals of any colour in six World Championships, nine of which are gold.

"I just believed that doing my task would be winning the gold," he said. "I did not make any mistakes. I just tried to perform my best performance, with perfection."

"I was able to maintain a high energy level from start to finish, especially on pommel horse and parallel bars, on which I think I needed to perform very carefully. Also, I had a good vault, and I continued to do well. I was able to concentrate from beginning to end."

But Uchimura, who won the silver medal in 2008 Beijing Olympics, does not think that he is the all-time great gymnast despite making history.

"I'm first in this competition but I can't say I'm the best in the world, because this is something I can't decide. I have seen many great gymnasts in history, so I don't think I'm the best," he said.

Larduet, 19, was the first Cuban to medal in a world all-around final while Deng became the first Chinese to enter top three in worlds or Olympics since Yang Wei won the all-around gold in the Beijing Olympics.

Deng, who finished sixth in last year's worlds, said this result will boost his confidence in the Rio Olympic Games.

"Since Yang Wei retired after the Olympics, we have not done well in the all-around. I hope to do better in Rio," he said.