Shaili Singh returned home from the World Athletics U20 championships with a silver medal and celebrated her fine showing by doing 'bhangra' at the SAI Academy in Bengaluru. 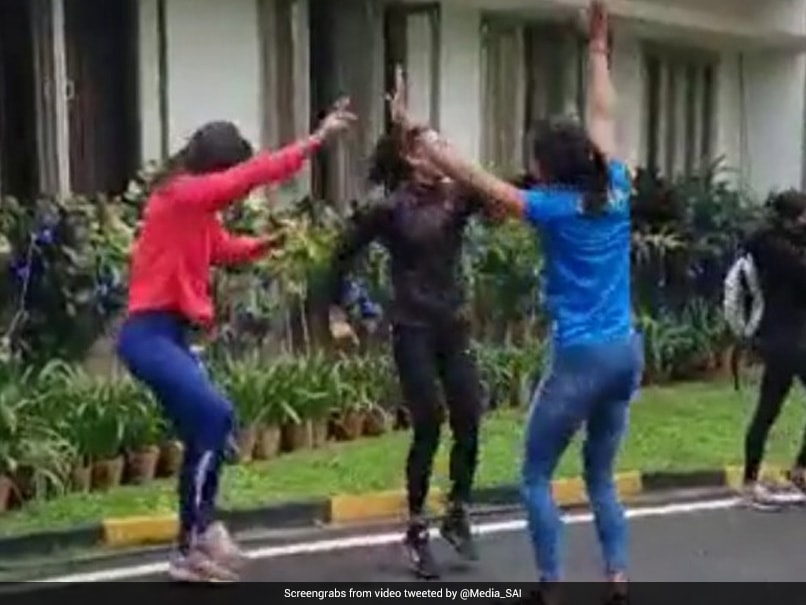 Shaili Singh did a celebratory dance at the SAI Centre in Bengaluru.© Twitter

Having won a silver medal at the World Athletics U20 Championships, long jumper Shaili Singh celebrated her return to India in style, dancing to a Punjabi song at the Sports Authority of India (SAI) Centre in Bengaluru. The 17-year-old registered a best jump of 6.59m to finish second in the competition, which was also her personal best. SAI took to Twitter to post a video of the celebration dance and captioned it as, "#WorldAthleticsU20 Silver Medalist #ShailiSingh celebrates her glorious return by dancing on the tune of a Punjabi song at SAI, Bangalore Take a look @ianuragthakur @NisithPramanik @YASMinistry @IndiaSports @DGSAI @afiindia @Adille1 @NsscSai @ddsportschannel @AkashvaniAIR".

#WorldAthleticsU20 Silver Medalist #ShailiSingh celebrates her glorious return by dancing on the tune of a Punjabi song at SAI, Bangalore

In the video, Shaili could be seen dancing with a couple of other athletes.

The video was a big hit among fans on Twitter, with many congratulating the young athlete.

One user praised the energy showcased in the video and also congratulated the long jumper. "Wow awesome energy!!..All the best Shaili for the upcoming events", he wrote.

Shaili Singh came agonisingly close to winning the gold. Her best attempt of 6.59m was just a centimetre short of the gold-medal winning jump of Sweden's Maja Askag.

Mariia Horiclova of Ukraine finished in third position with a best jump of 6.50m.

Speaking to PTI, the 44-year-old said, "When I saw her steely resolve and of course her body structure and muscle suited for long jump, I knew she would go a long way".

"Later, I found out that she is a fast learner, always tries to improve, has a never-say-die attitude. In short, she is more or less like me", she further added.

Comments
Topics mentioned in this article
Olympics 2020 Olympics India
Get the latest updates on IND vs NZ 2021, check out the Schedule and Live Score . Like us on Facebook or follow us on Twitter for more sports updates. You can also download the NDTV Cricket app for Android or iOS.