"Would Have Cleared 1.90m Mark If Conditions Were Better": Mariyappan Thangavelu

Tokyo Paralympics: Mariyappan Thangavelu won the silver medal in men's high jump (T63) but said he could have performed better had it not been for the rain. 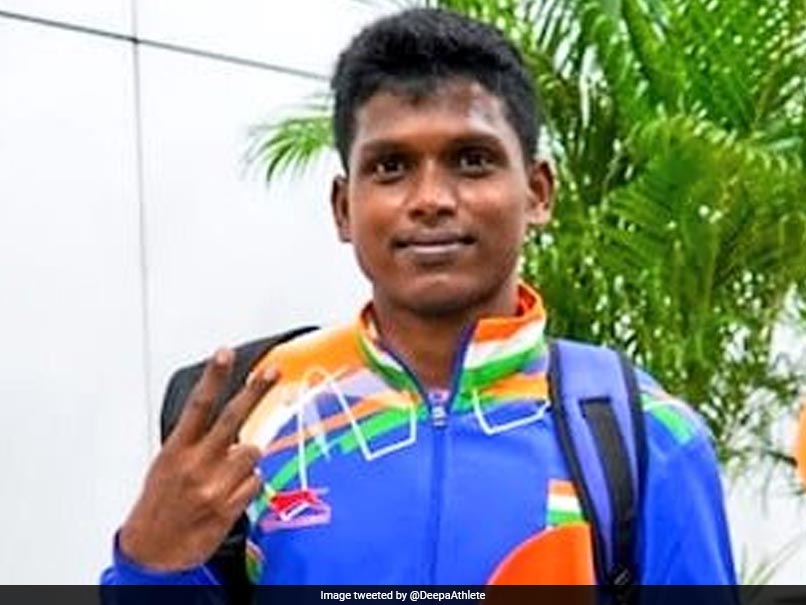 After winning a silver medal in the men's high jump (T63) event at the ongoing Tokyo Paralympics, Mariyappan Thangavelu on Tuesday said he would have cleared the 1.90m mark if conditions were better and it was not raining heavily. "At the start, the rain was just a drizzle so it was not that difficult, we were doing alright but once it got past 1.80m and the higher jumps, the rain got worse and the conditions were difficult. Especially, the conditions were getting worse for me as my socks got wet, and that made the point of takeoff difficult. That is why I had difficulties at the higher jumps," said Thangavelu during a virtual press conference organised by Eurosport.

"If the conditions were better, I would have cleared the 1.90m mark," he said.

Thangavelu had missed out on being the flag-bearer at the Opening Ceremony because he was identified as close contact with a COVID-19 infected person.

Talking about missing out on the Opening Ceremony, Thangavelu said: "Missing out on being the flag-bearer because of a close COVID-19 contact was upsetting but I wanted to win the medal for the country. I trained separately because of isolation rules in the lead-up to the event."

Mariyappan Thangavelu and Sharad Kumar won silver and bronze respectively in the men's high jump final at the National Stadium in Tokyo on Tuesday. They were both Sport Class T42.

Mariyappan Thangavelu clinched silver after leaping the mark of 1.86m. This is his second medal at the Games, having already won a gold in Rio 2016. Meanwhile, Sharad Kumar grabbed bronze after scaling his season-best mark of 1.83m.