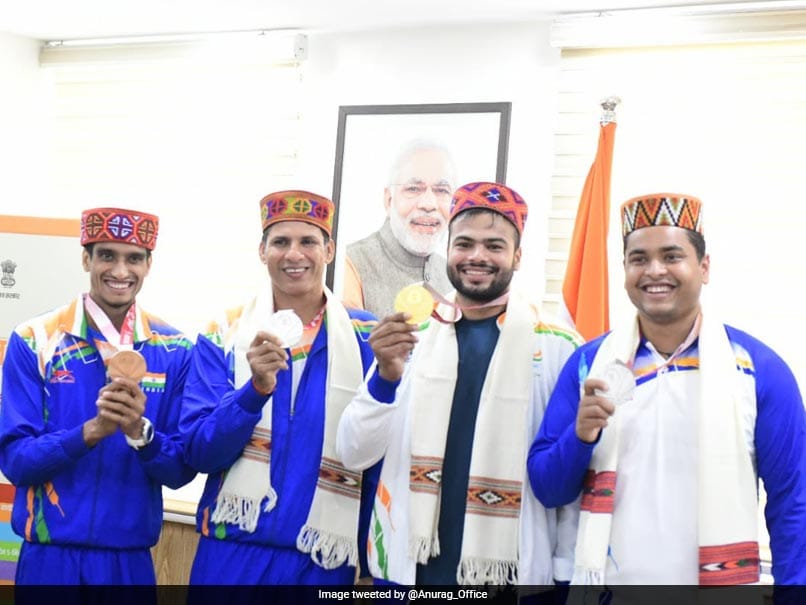 The Indian contingent won 19 medals at the Tokyo Paralympics.© Twiiter

Olympian Anju Bobby George has hailed the efforts of the Indian contingent at the Tokyo Paralympics as they finished 24th in the overall medal tally by securing a total of 19 medals, of which 5 were gold, 8 silver and 6 bronze. India sent its biggest ever contingent of 54 para-athletes across as many as 9 sporting disciplines at the Paralympics. Badminton and taekwondo made their debut in Tokyo, both of which were represented by India. Since making its first appearance at the Paralympics in 1968, India had won 12 medals in total till the 2016 Rio edition. The country has now massively improved upon that entire number by 7 medals at the Tokyo Paralympics 2020 alone.

"It's a tremendous effort from para-athletes this time. This is for the first time and we never expected these many medals from them. So we all are happy and I think India is celebrating like the Olympics. They are all heroes," Anju Bobby George told ANI.

"There is no difference between Paralympics and Olympics now. Everywhere they are equal. Even support wise or training-wise, they are getting equal," she added.

Out of a total of 162 nations, India have finished 24th in the overall medal tally, while its accomplishment of 19 medals is ranked 20th based on the number of medals.

Comments
Topics mentioned in this article
Olympics 2020 India Olympics
Get the latest updates on IPL Auction 2023 and check out  IPL 2023 and Live Cricket Score. Like us on Facebook or follow us on Twitter for more sports updates. You can also download the NDTV Cricket app for Android or iOS.