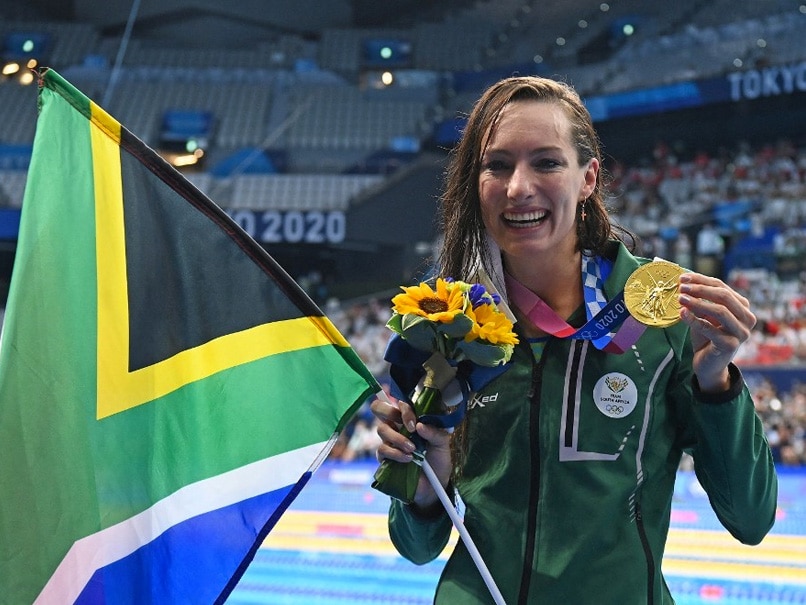 South African Tatjana Schoenmaker smashed the long-standing women's 200m breaststroke world record Thursday to win the Olympic gold medal. The 24-year-old timed 2min 18.95sec to better the 2:19.11 set by Denmark's Rikke Moller Pedersen in 2013. America's Lilly King was second in 2:19.92 with her team-mate and training partner Annie Lazor third in 2:20.84. The 24-year-old Schoenmaker, who won silver in the 100m event, had signalled her intent by going close to the record in the heats and she made no mistake in the final.

King went out fast and turned first at both the 50m and 100m mark before Schoenmaker made her move, reeling in the American to touch first.

It made her the first female South African to win an Olympic swimming gold since 1996, when Penny Heyns swept the women's 100 and 200 breaststroke.

Despite missing gold, it was an improvement for King who placed 12th at the Rio Olympics.

It was the third world record in the Tokyo pool, but the first individual one after Australia's women set a new mark in the 4x100m relay and China did the same in the women's 4x200m relay.

Comments
Topics mentioned in this article
Olympics 2020 Olympics Swimming
Get the latest updates on IPL 2021, check out the IPL 2021 Schedule and Indian Premier League Live Score . Like us on Facebook or follow us on Twitter for more sports updates. You can also download the NDTV Cricket app for Android or iOS.