Watch: Kamalpreet Kaur's "Monster Throw" In Women's Discus Qualification At Tokyo Olympics Is Not To Be Missed 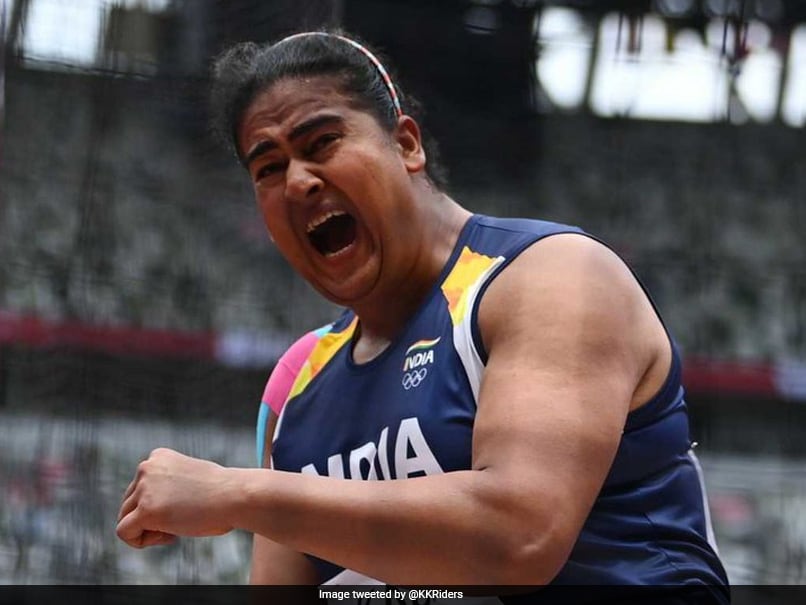 India's Kamalpreet Kaursecured a place in women's discus throw final on Saturday with a superb performance. Kamalpreet, with a throw of 64m, was only the second athlete among 31 others to book a final berth via automatic qualification. Every discus thrower got three attempts, those who threw 64m or the best 12 across Group A and B qualified for the final. Apart from Kamalpreet, USA's Valarie Allman breached the 64m-mark with a throw of 66.42m. Another Indian in the women's discus throw event, veteran Seema Punia failed to qualify for the final as her best throw in three attempts was 60.57.

The video of Kamalpreet's "monster throw" that helped her qualify for the final was a major hit on Twitter.

"There goes #IND's first #Athletics finalist at #Tokyo2020. After a slow start with a throw of 60.29m, Kamalpreet Kaur pulled out a monster throw of 64m in her third attempt to qualify for the final of women's discus throw event," Twitter handle for Tokyo 2020 for India captioned the video.

After a slow start with a throw of 60.29m, Kamalpreet Kaur pulled out a monster throw of 64m in her third attempt to qualify for the final of women's discus throw event! #StrongerTogether | #UnitedByEmotion pic.twitter.com/BwO8cIMgF4

Kamalpreet had qualified for the Tokyo Olympics with a throw 65.06 metresduring the Athletics Federation Cup earlier this year. However, her best performance this season had come in June during the Indian Grand Prix where she threw 66.59m.

Kamalpreet will be in action on Monday in the final of women's discus throw event at the Tokyo Olympics.

The 25-year-old is in with a chance to become the first Indian female to win a medal in athletics at the Olympics.

Comments
Topics mentioned in this article
India Olympics 2020 Olympics Athletics
Get the latest updates on ICC T20 Worldcup 2022 and CWG 2022 check out the Schedule, Live Score and Medals Tally. Like us on Facebook or follow us on Twitter for more sports updates. You can also download the NDTV Cricket app for Android or iOS.