Indian paddlers are placed in tough draws at the Tokyo Olympics as Sharath Kamal and Manika Batra pitted against third seeds Lin Yun-ju and Cheng I-Ching of Chinese Taipei on Saturday. 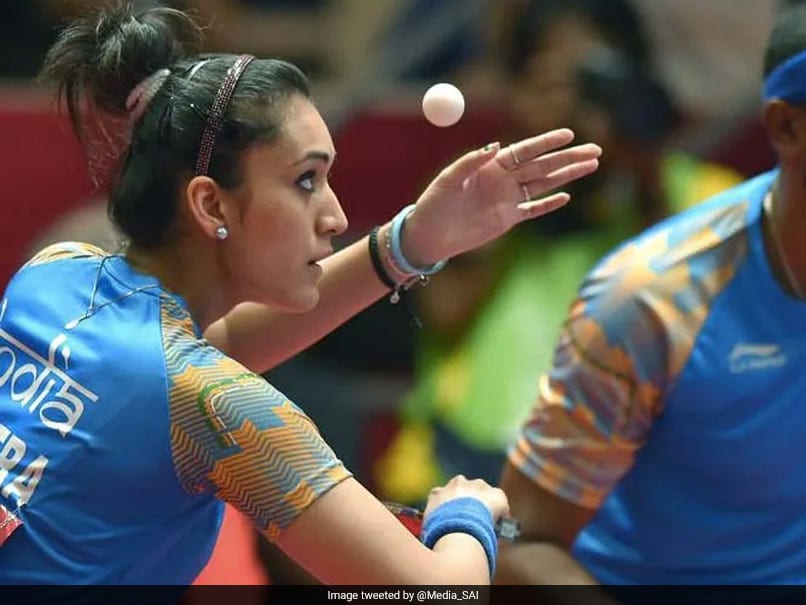 Sharath Kamal and Manika Batra will be spearheading India's quest for a medal in Table Tennis.© Twitter

India paddlers were on Wednesday handed tough draws at the Tokyo Olympics with the mixed doubles pairing of Sharath Kamal and Manika Batra pitted against third seeds Lin Yun-ju and Cheng I-Ching of Chinese Taipei on Saturday. Batra ranked 62, though got an easy first-round where she will face Great Britain's Ho Tin-Tin, ranked 32 places below the Indian. The Indian, should she win the opening round, will face Ukraine's Margaryta Pesotska next.

Sharath and Manika had sealed the Olympics berth in mixed doubles after beating world number eight Korean Sang-Su Lee and Jihee Jneon in the final of the Asian Olympic Qualification Tournament in March.

Before leaving for Tokyo, the duo could practice only for three days in the national camp before Batra returned to her training base in Pune. In the men's draw, Sharath and Sathiyan Gnanasekaran seeded 20th and 26th respectively, received first-round byes. Their opponents for the second round will depend on winners from first-round matches.

However, the going will not be easy for the duo as Sharath is slated to meet Rio Olympics champion China's Ma Long, seeded second, in the third round should the Indian win his second-round match.
The veteran paddler is scheduled to take on either Portugal's Tiago Apolnia or Nigeria's Olajide Omotayo in the second round on Monday.

Sathiyan, on the other hand, will meet either Puerto Rico''s Brian Afanador or Hong Kong's Lam Siu Hang in his second-round match on Sunday.

The 28-year-old will run into Japanese teen-sensation Tomokazu Harimoto, seeded third, in the third round if Sathiyan wins his second-round match.

But the Indian will head to the fixture full of confidence having beaten Tomokazu in the Asian Championships though the team lost the rubber in 2019.

The other female singles paddler in the fray, Sutirtha Mukherjee will take on Linda Bergstrom of Sweden in the first round. If Suthirtha wins her opening match she will face Portugal's Yu Fu in the second round.

Comments
Topics mentioned in this article
Sharath Kamal Manika Batra Olympics 2020 India
Get the latest updates on ICC T20 Worldcup 2022 and CWG 2022 check out the Schedule, Live Score and Medals Tally. Like us on Facebook or follow us on Twitter for more sports updates. You can also download the NDTV Cricket app for Android or iOS.