The Indian badminton and table tennis contingent on Monday started their training in Tokyo. 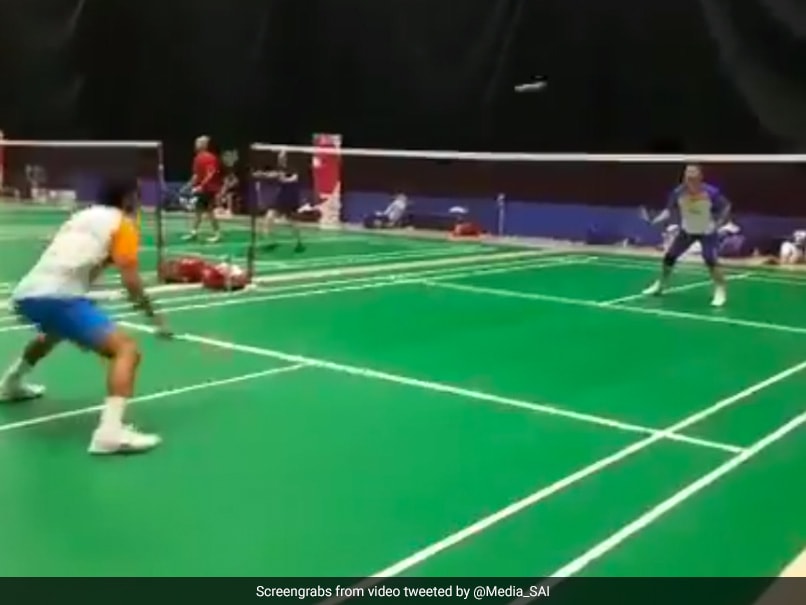 Ahead of the upcoming Olympics, the Indian badminton and table tennis contingent on Monday started their training in Tokyo. Shuttlers PV Sindhu and Sai Praneeth hit the courts and they trained alongside coach Park Tae Sang. Paddlers Sharath Kamal and Sathiyan Gnanasekaran also started their training and they were seen battling it out. Men's doubles pair of Chirag Shetty and Satwiksairaj Rankireddy also began their training ahead of the Olympics with their coach Mathias Boe. Rio Olympics silver medallist PV Sindhu has been given a comparatively easier path in the upcoming Tokyo Olympics, beginning July 23. Sindhu has been placed in Group J of women's singles and she has been seeded sixth.

The Indian contingent that departed for Tokyo from New Delhi on July 17, after an official send-off at the Indira Gandhi International Airport, safely reached Japan and checked into the Olympics Games Village.

All 88 athletes underwent Covid-19 testing at the airport and were found to be negative. Their PVC cards were also validated at the airport.

Archery is one event where India is yet to win a medal at the Olympics. However, this time around, the country is confident of its archery contingent as all four qualified competitors go into the competition having done well in their previous competitions.

PV Sindhu B. Sai Praneeth Sharath Kamal Olympics 2020 India Olympics
Get the latest updates on IPL Auction 2023 and check out  IPL 2023 and Live Cricket Score. Like us on Facebook or follow us on Twitter for more sports updates. You can also download the NDTV Cricket app for Android or iOS.