Tokyo Olympics: Indian men's hockey team will face a lower-ranked New Zealand side while the women's team will be up against a tough Dutch Test in the opening match. 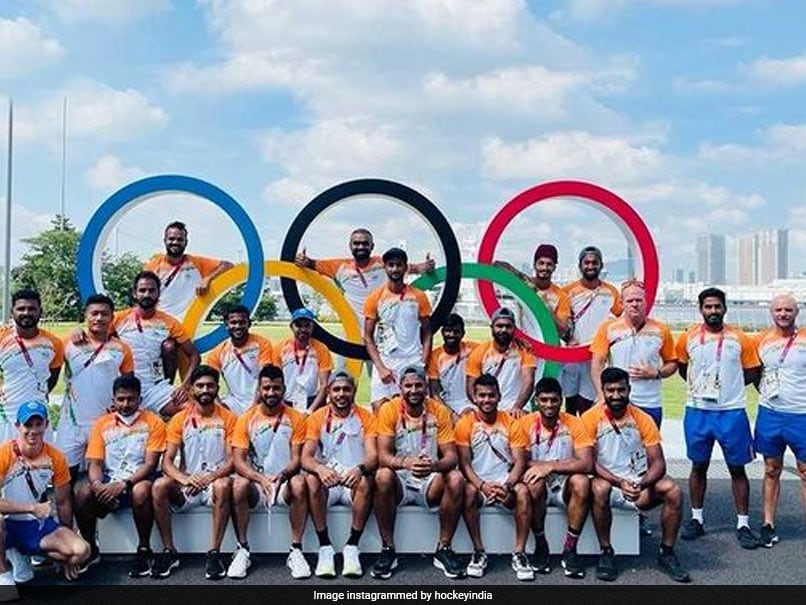 The men would be seeking to reclaim a glorious past, while the women would be aiming to script some history of their own when the two Indian hockey teams begin their Olympic campaign on Saturday with expectations from both at a high. Men will be up against eighth-ranked New Zealand, followed by the women's clash with the Netherlands. Indian men's hockey has a rich history in the Summer Games having won the gold an unprecedented eight times in the past, the last of which came way back in 1980 Moscow Olympics.

A slump followed but the last few years have seen a resurgence in fortunes. With a current world ranking of four, the Indians are considered a bright medal prospect this time around in Tokyo.

But it would be easier said than done as India are placed in a tough Group A alongside the likes of reigning Olympic champions Argentina, mighty Australia, hosts Japan, New Zealand and Spain.

Group B consists of world champions Belgium, Canada, Germany, Great Britain, Netherlands and South Africa. The top four teams from each group qualify for the quarterfinals.

Going by form and current ranking, the Indians definitely start as favourites against New Zealand as after 2016 Rio Olympics, the Manpreet Singh-led side has beaten the Black Sticks eight times out of the 11 encounters between the two sides.

The Indians have also scored 34 goals as against their rivals' 14 during these matches. India's last win against New Zealand came at the same venue back in 2019 at the FIH Test event, where they won 5-0 in the final.

But India's chief coach Graham Reid has asked his men to stay on guard and take one match a time in pursuit of the podium finish.

"New Zealand is a very good team, and I have a lot of respect for the way they play. They are mentally very tough, and they never give up. This attitude of theirs makes them a dangerous opponent," said Reid on the eve of their campaign opener.

"They have a very skillful forward line and honestly at the Olympics, world rankings don't really matter. So, it will be important for us to start well on Saturday," he added.

The coach said having spent considerable amount of time at the pitch after arriving, his wards are well prepared for their opener.

"When you get to somewhere new, I always like to make sure we do drills to familiarise and test the surface. Things like penalty corners and bounce of the turf is often very important because overheads also play such an important role in the matches these days," Reid said.

"We went through the intricacies of the ground in the last 3-4 days in the village and training sessions," he added.

New Zealand will be led by the experienced Blair Tarrant who has 217 internationals caps to his credit.

"They are a team we need to be careful of. We must stick to our basics, ensure we execute our plans properly and not get complacent at any point in the game," Manpreet said.

In 2018, when New Zealand toured India ahead of the FIH Men's World Cup in Bhubaneswar, the hosts had tasted many victories (4-0, 3-1, 4-2) against their opponents but had gone down 2-3 in the crucial semifinal of the Gold Coast Commonwealth Games.

After a dismal eighth place finish in Rio Games, much is expected from the Manpreet-led side. For the women's team, it is a second successive Olympics, and a tough opener awaits in world no.1 Netherlands in their Group A fixture.

After appearing in the Olympics for the first time in 36 years at the Rio Games, the Indian women's team has only grown from strength to strength, winning the 2016 Asian Champions Trophy, 2017 Asia Cup, the silver medal at the 2018 Asian Games and reaching the qarterfinals of the 2018 Women's World Cup for the first time in history.

After Netherlands, the India women will take on Germany (July 26), Great Britain (July 28), Ireland (July 30) and South Africa (July 31) in the group stages.

Indian women's hockey team chief coach Sjoerd Marijne said the confidence among the group is high but didn't want to look too far ahead in the competition.

"This team has played well against the top sides in the recent past and therefore the confidence level in the group is high. We are going to take it one match at a time and try to keep improving with each match," the Dutchman said.

Talismanic women's team skipper Rani Rampal said the players can't wait to take the pitch after putting in all the hardwork for the last five years.

"We have worked very hard for this tournament in the last five years, and we can't wait for it to start. We are very confident about our chances in this competition," Rani said.

Comments
Topics mentioned in this article
Olympics 2020 Olympics India India India Women Hockey Rani Rampal Manpreet Singh
Get the latest updates on ICC T20 Worldcup 2022 and CWG 2022 check out the Schedule, Live Score and Medals Tally. Like us on Facebook or follow us on Twitter for more sports updates. You can also download the NDTV Cricket app for Android or iOS.