Tokyo Olympics: Indian golfer Diksha Dagar who has qualified for Olympics following a last-minute withdrawal left for Tokyo on Saturday. 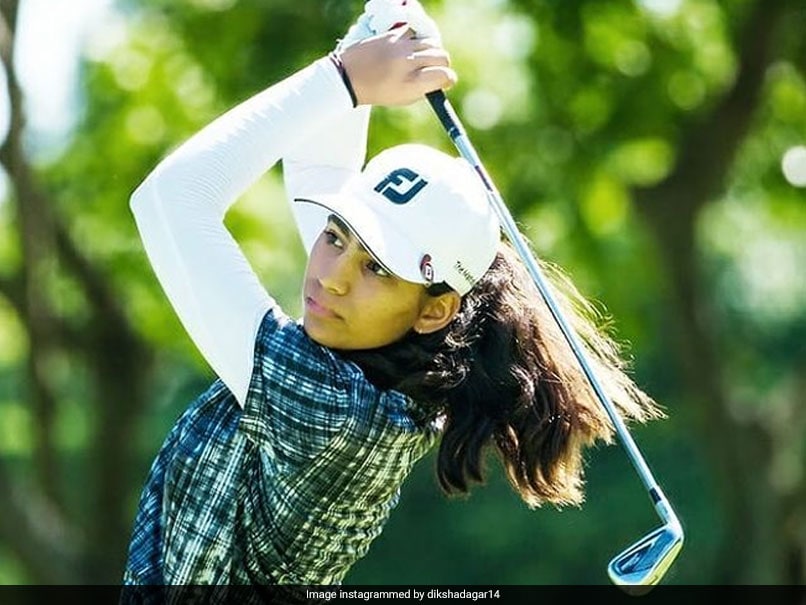 Indian golfer Diksha Dagar, who has qualified for the Olympics following a last-minute withdrawal, left for Tokyo on Saturday, hoping to make the opportunity count. India's golf challenge at the ongoing Olympics got a boost with Diksha being given a late entry into the women's golf competition beginning August 4. "Representing my country in Asian Games and Olympics is a dream for me. I want to win a medal for my country, will keep working on that," Diksha told PTI before departing for the Japanese capital.

Diksha, who was among the reserves when the list was finalised earlier in the month, was conveyed the news by the International Golf Federation through the Indian Golf Union (IGU). Before the news came in, Diksha was entered and scheduled to play the ISPS Handa Invitational in Ireland.

"I am happy that I could Qualify inspite of the hardships and travel restrictions on Indians due to COVID," said the left-handed Diksha, who will be participating in her first Olympics. She will join Aditi Ashok, in the team. Aditi is playing her second Olympics.

Diksha, who was born with a hearing impairment, will now have the unique honour of having represented India at both the Deaf Olympics in 2017, where she finished second for a silver medal. Diksha, on her part, thanked the Indian Army, the Sports Authority of India and Ministry of External Affairs for their support.

"So thankful to the people and organisations who supported and trusted me. My family, Indian Army, Indian Golf Union, SAI, MEA, Ladies European Tour, Australian LPG, WGAI and my Sponsors Hero Moto Corp and ASK have inspired and supported me to live my dream," the 20-year-old golfer added.

"Making it to the Olympics is not the goal, you have just reached the start line, now give it your 100 percent for a podium finish for the Indian flag. Be bold and get gold," advised Luthra to Diksha, while speaking to PTI.

In the past, she has also represented India at the 2018 Asian Games in Jakarta where she was one of three women golfers from the country.

Comments
Topics mentioned in this article
Golf Olympics 2020 India
Get the latest updates on IPL 2021, check out the IPL 2021 Schedule and Indian Premier League Live Score . Like us on Facebook or follow us on Twitter for more sports updates. You can also download the NDTV Cricket app for Android or iOS.