India boxer Ashish Chaudhary has been eliminated from Tokyo Olympics after an opening-round loss to China's Erbieke Touheta. 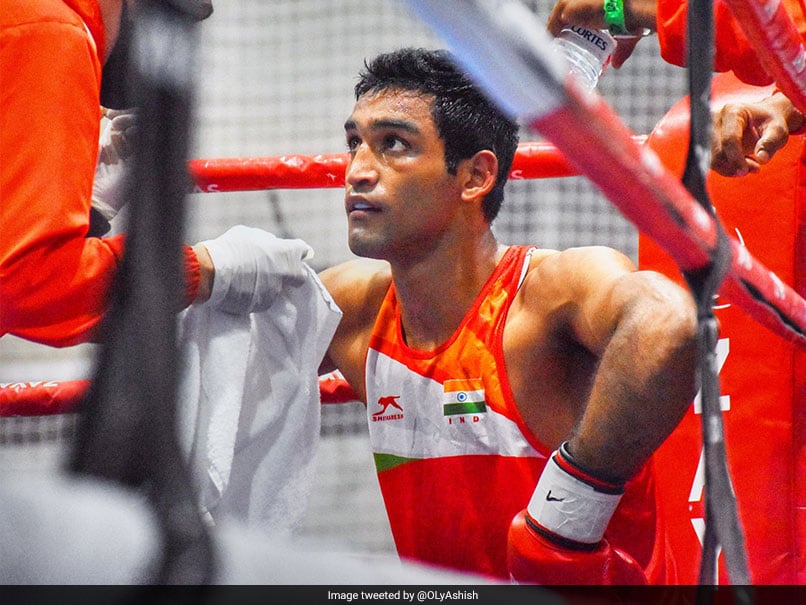 Indian boxer Ashish Chaudhary knocked out in the first round of Tokyo Olympics.© Twitter

Indian boxer Ashish Chaudhary (75kg) paid for an underwhelming start as his maiden Olympic appearance ended with an opening-round loss to China's Erbieke Touheta here on Monday. The 27-year-old former Asian silver-medallist went down 0-5 in the bout, which could have been way closer had he turned it up a little bit earlier. The boxer from Himachal Pradesh was caught on the back-foot in the opening round and lost it unanimously to the busy Chinese, who used his jab to good effect. Ashish raised his game in the second round to give a better account of himself with more attacks but the Chinese excelled in dodging him on most occasions, claiming this one unanimously too.

Touheta's combination punches also connected better. Ashish went all out in the final three minutes and managed to trouble Touheta despite a cut beneath his left eye.

The judges also scored unanimously in his favour but the Chinese had the decisive lead which gave him the victory. Touheta will next face Brazil's third-seeded Herbert Sousa, who is a world championships bronze-medallist.

Ashish is the third Indian boxer to bow out of the mega-event after Vikas Krishan (69kg) and Manish Kaushik (63kg) also exited with opening-round losses.

Comments
Topics mentioned in this article
Boxing Olympics 2020 India
Get the latest updates on IPL 2021, check out the IPL 2021 Schedule and Indian Premier League Live Score . Like us on Facebook or follow us on Twitter for more sports updates. You can also download the NDTV Cricket app for Android or iOS.